The micro-blogging site hassaid that Trump will have to follow the same rules as any other user when President-Elect Joe Biden takes over on January 20. 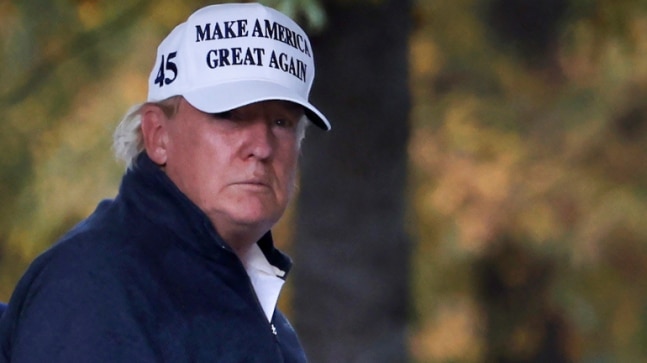 Former US President Donald Trump will lose protections against Twitter bans from January 2021. The micro-blogging site has said that Trump will have to follow the same rules as any other user when President-Elect Joe Biden takes over on January 20.

Trump, who is an active tweeter, would lose all the special rights on Twitter, which means he will face bans for inciting violence or for spreading misinformation on the platform about the coronavirus. Something that Trump is known for doing.

Twitter usually takes against accounts that violate their policies and guidelines but in cases concerning world leaders, it does not do the same. "We recognize that sometimes it may be in the public interest to allow people to view Tweets that would otherwise be taken down. We consider content to be in the public interest if it directly contributes to understanding or discussion of a matter of public concern," Twitter policies read.

However, now that Trump has lost the throne in the United States, his notorious posts will be dealt with strictly.

Confirming the same, a Twitter spokesperson told the Verge, "Twitter's approach to world leaders, candidates, and public officials is based on the principle that people should be able to choose to see what their leaders are saying with clear context. This means that we may apply warnings and labels, and limit engagement to certain tweets. This policy framework applies to current world leaders and candidates for office, and not private citizens when they no longer hold these positions,"

Trump's official account @plotus, @Flotus and @whitehouse will be transferred to the new government when he steps down.

Trump had been at loggerheads with Twitter ever since the micro-blogging site flagged his tweets. He even signed an executive order against the social media platforms but that did not stop Twitter from calling out his fake tweets. During the election, several tweets of Trump were labeled for being incorrect and misleading.

Joe Biden, a 77-year-old Democratic nominee, defeated Republican Donald Trump to become the US president in a hotly contested election. According to the Associated Press, Biden has won the 20 electoral votes from Pennsylvania pushing his tally to the magic number of 270. Joe Biden also carried Arizona, Wisconsin, and Michigan on his path to the presidency, flipping states that President Donald Trump won in 2016.