The cameras will first detect the expressions and then inform the nearest police station about a possible threat. 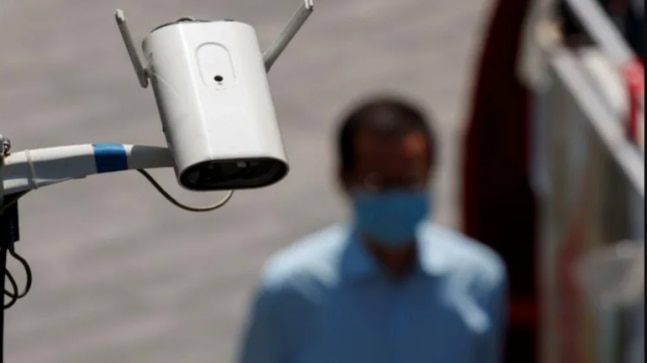 In order to enhance the security of women, Lucknow Police is deploying cameras with facial recognition technology that will detect the expressions of women in distress. The cameras will first detect the expressions and then inform the nearest police station about a possible threat. The AI-driven technology will monitor whether a woman is in distress by recording her facial expression. The initiative has been taken under the Government of Uttar Pradesh's "Mission Shakti" Initiative which aims to reduce sexual harassment.

Lucknow Police Commissioner Dhruv Kumar Thakur has said in a statement that around 200 hotspots have identified where the cameras can be installed. He said that maximum complaints of sexual harassment were received from these specific areas. Initially, only five AI-Enabled cameras will be installed to detect the facial expressions of women, who may be subjected to stalking or eve-teasing. Once the camera detects a distressed expression, the facial recognition technology will alert the police station which is nearest to the woman's location. The cameras will get activated upon detecting unhappy or distressed expressions.

"We will set up five AI-based cameras which will be capable of sending an alert to the nearest police station. These cameras will become active as soon as the expressions of a woman in distress change. Before she takes out the phone and dials 100 or UP 112 for help, an alert will reach the police," he added.

"Lucknow is the only city in Uttar Pradesh which has been selected nationally to be developed as a 'safe city' for women," DK Thakur said. He also revealed that 31 pink booths, 10 patrolling cars, and 100 scooties, managed by women cops have been deployed in the city

While this new technology to reduce sexual harassment cases is one of its kind, some of the technology experts have raised valid concerns about the same, and rightly so.

Anushka Jain, Associate Counsel at non-profit Internet Freedom Foundation has told Gadgets 360 that accuracy of the systems tracking these expressions cannot be confirmed. "We don't know what expressions they are tracking and how accurate the system of tracking these expressions is. Also, it's not necessary that a person who's making an expression of anger or distress is actually being harassed in a manner wherein police intervention is needed. I could be talking to a friend, and I could get upset over something. And that could also trigger the cameras," she said.

It is not always necessary that you will only be distressed if you are stalked or eve-teased, you can be angry or unhappy with your partner or over a fight that has taken place over text messages. There can be way too many reasons and every person reacts differently to different situations. So it remains unclear how the AI-driven cameras will differentiate between genuine and non-genuine situations.

Beeper app combines iMessage, WhatsApp, and 13 other chat apps in one place