El Salvador has become the first country to approved Bitcoin as the official currency. The El Salvador Congress on June 9 approved a bill making Bitcoin a legal tender in the country. 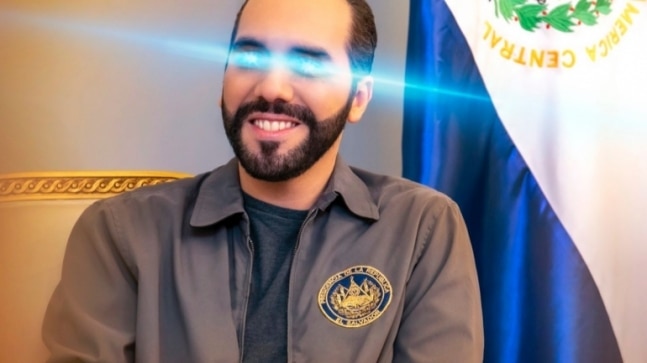 The bill was passed in El Salvador after getting 62 out of possible 84 votes.

El Salvador has become the first country to approved Bitcoin as the official currency. The El Salvador Congress on June 9 approved a bill making Bitcoin a legal tender in the country. The announcement was made by El Salvador President Nayib Bukele through Twitter. He also announced that people who invest Bitcoin in El Salvador will get the country citizenship. People investing three Bitcoins in country's economy will be given citizenship by the government.

The bill was passed in El Salvador after getting 62 out of possible 84 votes.

"The purpose of this law is to regulate bitcoin as unrestricted legal tender with liberating power, unlimited in any transaction, and to any title that public or private natural or legal persons require carrying out," the law reads.

Following this move, citizens of El Salvador will be able to show prices in bitcoin. They will also be allowed to make tax contributions with the digital currency, and exchanges in bitcoin will not be subject to capital gains tax.

Other countries will still face challenges

The development should come as major boost for crypto enthusiasts but it won't be easy for other countries to replace fiat currency with digital money. One of the reasons why El Salvador was able to do it is because it doesn't have its own currency. The country currently uses the US dollar as the official currency. It has said that the exchange rates with the US dollar "will be freely established by the market.

The law also says that the state will "promote the necessary training and mechanisms so that the population can access bitcoin transactions." It adds that almost 70 per cent of the country's population doesn't have access to traditional financial services.

The decision comes just few days after Bukele had said that he will send a bill to Congress next week to make bitcoin legal tender in the Central American nation, touting its potential to help Salvadorans living abroad send remittances home.

"In the short term this will generate jobs and help provide financial inclusion to thousands outside the formal economy," Bukele said in a video shown at the Bitcoin 2021 conference in Miami.A

iQOO Z3 5G review: A stunning package with some shortcomings