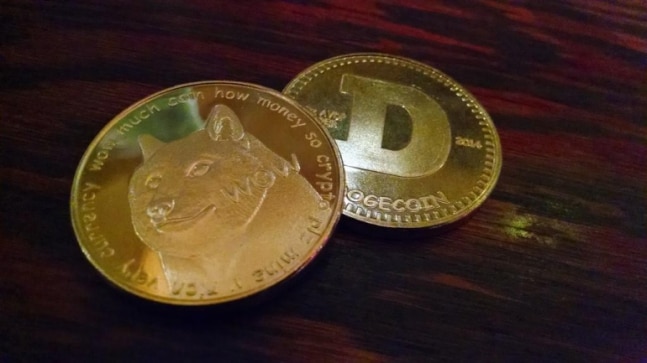 His backing of dogecoin had been a rallying point for the doge community, who had been eagerly anticipating his appearance, but dogecoin holders who had hoped his mention of the digital currency on national TV would boost its price toward $1 were left disappointed. After peaking around 70 cents just before SNL aired, dogecoin prices slumped to 47 cents when the show started, before recovering at around 55 cents.

Update: We're currently experiencing issues with crypto trading. We're working to resolve this as soon as possible. For the latest updates, check https://t.co/ZS733G6N1J

The meme-driven cryptocurrency, first introduced in 2013 as a joke saw a huge spike earlier this month after being endorsed by Elon Musk. All eyes were on the Tesla CEO as he took the stage on Saturday Night Live, which included a comedy sketch where he was forced to explain the complex technology to regular viewers.

"Cryptocurrencies are a type of digital money, but instead of being controlled by a central government, they are decentralised using blockchain technology", he said. "Lately, prices have been soaring for cryptos like bitcoin, ethereum, and especially dogecoin. Dogecoin actually started as a joke based on an internet meme, but now it's taken over in a very real way."

The skit continued with the fictional panel continuing to probe Musk to explain what the hell dogecoin actually represents compared to real money, to which he responded: "It's kind of real."

"It's the future of currency," he continued. "It's an unstoppable financial vehicle that's going to take over the world." Musk also introduced his mother during the intro sketch to fit in another joke about the trending cryptocurrency.

"I'm excited for my Mother's Day gift," she said. "I just hope it's not dogecoin." But after endorsing the revolutionary new cryptocurrency, Musk admitted, "it is a hustle", setting Twitter alight with memes immediately.

As soon as the value of Dogecoin started plummeting, social media exploded with memes and comments about the future of the cryptocurrency. 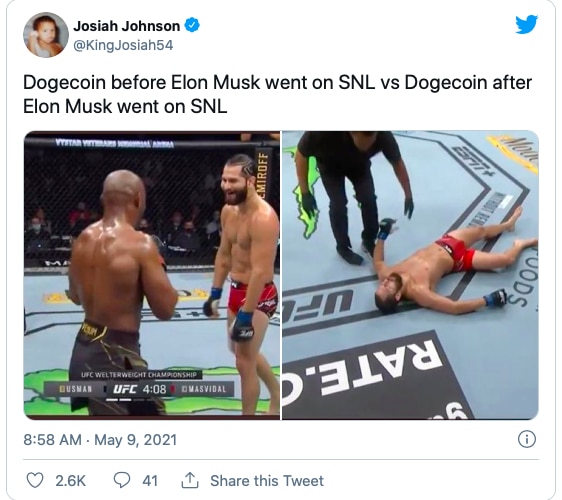 Also Read | Honor Pad X7 tablet with 8-inch display, 5100mAh battery launched
Also Read | WhatsApp privacy policy goes into effect this week: What happens to your account if you do not accept it
Also Read | Xiaomi Redmi K series smartphone said to be in the works, to pack Dimensity 1100 SoC