IQOO 3 has already been confirmed to be the first smartphone in the country to come equipped with a 5G enabled Snapdragon 865 chipset. 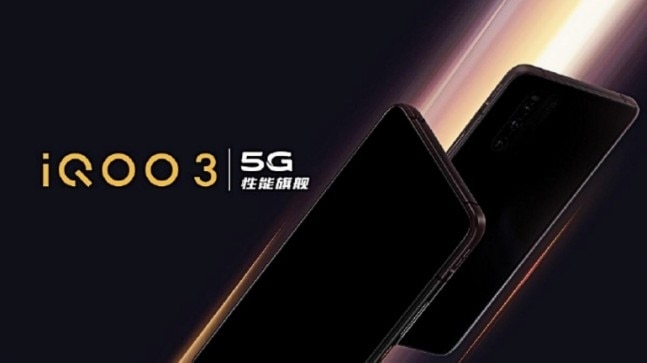 IQOO is all set to launch its first smartphone in India on February 25 at an event in Mumbai, and ahead of the launch of the device, some crucial information about it has already been shared by the company.

In the lead up to its launch, the company has previously revealed that the IQOO 3 would be the first smartphone in the country to be equipped with a 5G enabled Snapdragon 865 chipset, and now, we have learned from our sources close to the company that the device would also come sporting pressure-sensitive buttons on the side of the frame for gaming. This, the company believes will help its users to achieve quick multi-finger operations within games such as PUBG Mobile.

But that's not all. Sources close to the matter have also confirmed to India Today Tech that the IQOO 3 will also house a new generation in-display fingerprint scanner for improved biometrics.

Of the two features, it's the pressure-sensitive gaming triggers that appear to be more interesting and should help the IQOO 3 win over buyers in the hotly contested sub Rs 40k segment the phone is expected to launch in.

Gaming beast in the making?

While not much else is known about the IQOO 3, we do know the device will feature a Snapdragon 865 SoC sat alongside what could be 12GB of RAM and 256GB of storage. Earlier in the day, the phone was also spotted on the benchmarking website, AnTuTu, where it was spotted to have clocked a massive 597583 points -- making it the best score for an Android smartphone to date.

This promise of high performance paired with the pressure-sensitive triggers for games should help the device emerge as an interesting offering for the rising number of Android gamers in the country.

Apart from this, the phone is also rumoured to come sporting a 6.1-inch Full HD+ display and be powered by a 4400mAh battery with support for 55W Ultra Flash Charge technology.

If reports are to be believed, the cameras on the IQOO 3 may not end up being the phone's biggest highlight. However, they could still be good enough for the above-par performance as the device is tipped to sport a triple camera set-up at the back with a primary 64-megapixel lens sat next to two 12-megapixel sensors.

More on this, however, will be known once the device launches on February 25.

ALSO READ: | Oppo Reno 3 Pro live images surface ahead of launch in India
ALSO READ: | Apple may ditch Qualcomm's 5G antennas for iPhone 12, to go with its own design
ALSO READ: | IQOO 3 get listed on AnTuTu, could be the fastest Android smartphone yet
Tags: IQOO 3

Microsoft to set up engineering, innovation hub in Noida