EXCLUSIVE: OnePlus Nord 2 to launch in first half of 2021

OnePlus Nord succesor is set to be introduced in the first half of 2021, Navnit Nakra - Vice President and Chief Strategy Officer - OnePlus India told India Today Tech in an exclusive conversation. 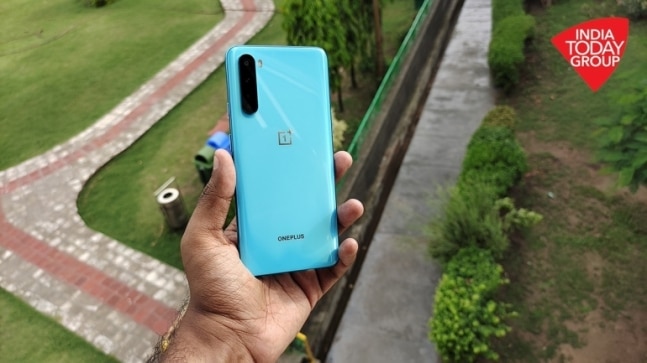 OnePlus Nord was launched in 2020.

"I have a great news for you. We will be bringing a successor to the OnePlus Nord, hopefully before the end of first half of 2021. And, if you have been a OnePlus Nord user last year, you will be supremely delighted with what's coming your wayhopefully, by the end of first half of 2021 calendar year," Navnit said, while also confirming that the smartphone maker doesn't have any plans of bringing the OnePlus Cyberpunk Edition to the country.

OnePlus established itself as an affordable premium brand and launched several successful smartphones. But, it had an unusual 2020 where the smartphone maker was caught between the premium and affordable game, in what was a tough year with pandemic hitting all industries.

The company decided against launching the OnePlus 8T and it was the OnePlus Nord which turned out to be its most prominent product of last year.

"As a growing technology brand, we would love to serve a much larger portion of the society and offer them great products in a price segment which is very attractive for India. That's the ambition and aspiration we had when the Nord project was started. We saw a growth of 200 per cent on both premium phones and Nord. And, 2020 was the first year when we crossed 300 million units. So, on one side we have continued to build that premium story and have also introduced a mid-premium Nord phone," Navnit said.

OnePlus will continue to focus on the premium segment but for price sensitive markets like India, it has big plans for the mid-premium segment as well which includes more smartphones under the Nord series. The OnePlus Nord brought a more premium experience to sub-Rs 30,000 price segment. The smartphone was equipped with a 5G chipset, an AMOLED display, quad rear camera setup and fast charging at a starting price of Rs 24,999. Interestingly, OnePlus had also launched the Nord N10 and N100 in other markets but didn't launch them in India.

Instead, it has launched a more affordable variant of its OnePlus 9 series, called the OnePlus 9R, only for the Indian market. Navnit revealed that the smartphone maker will continue to launch India-specific smartphones in future as well, without entering the Nord territory.

The smartphone maker's other recent efforts include a collaboration with Swedish camera maker Hasselblad to improve the camera performance on its smartphones as well as an investment of $150 million over the next three years. The first result of this partnership is the recently launched OnePlus 9 series which comes with Hasselblad-partnered cameras.

"OnePlus' core philosophy is to deliver the best experience to its users. This is how we do all our partnerships. Hasselblad is an 80-year-old camera passionate company and the first moon shot that ever came out was taken on a Hasselblad camera. It changed the way we viewed the outside world. That inspired us to look at this partnership," Navnit replied, when asked OnePlus chose Hasselblad over other camera makers.

The smartphone manufacturer hopes to learn finer details about the camera performance and improve user experience during this three-year-long partnership.