Mark Zuckerberg in an interview has said that there is no secret deal with the US President Donald Trump and that the rumours are "pretty ridiculous". 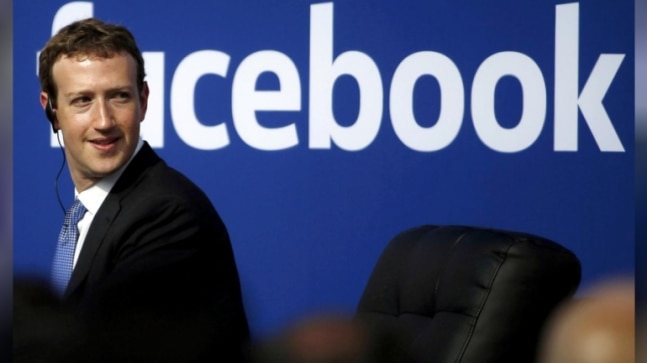 Facebook CEO Mark Zuckerberg has been facing heat for not taking enough action against hate speech on the social media platform. The recent speculations that have emerged claim that Zuckereberg has a secret deal with the US President Donald Trump.

Zuckerberg, in an interview, clarified that there is no such deal between Facebook and Trump. "I've heard this speculation, too, so let me be clear: There's no deal of any kind," Zuckerberg told Axios. "Actually, the whole idea of a deal is pretty ridiculous."

"I do speak with the president from time to time, just like I spoke with our last president and political leaders around the world," he added.

Zuckerberg in a company-wide Q&A obtained by Axios said: "One specific critique that I've seen is that there are a lot of people who've said that maybe we're too sympathetic or too close in some way to the Trump administration."

"I just want to push back on that a bit," Zuckerberg told employees. "[W]e need to separate out the fact of giving people some space for discourse, from the positions that we have individually, where I feel like the company and I personally have been."

Zuckerberg further said that he had many disagreements with some of Trump's policies. Be it the immigration policies which he finds unfair, or Trump's views on climate change.

Speaking about accepting the invitation to White House dinner, Zuckerberg said that he also had multiple meals and meetings with President Obama both at the White House and outside including hosting an event for him at Facebook HQ. "The fact that I met with a head of state should not be surprising, and does not suggest we have some kind of deal."

Roger McNamee, an early investor in Facebook and now a noted critic of the company told NYT last month that he believed Zuckerberg and Trump had a deal of some sort. McNamee said the arrangement was "probably implied rather than explicit" and "highly utilitarian," but mutually beneficent all the same.

"It's basically about getting [Facebook] free rein and protection from regulation," said McNamee. "Trump needs Facebook's thumb on the scale to win this election." Reports have also suggested that the upcoming antitrust investigation would be lenient on Facebook, the Verge noted.

Zuckerberg faced severe criticism, ad boycotts, and company walkouts for not taking any action on Trump's post which was followed by George Floyd protests in the US. Trump had written, "When the looting starts, the shooting starts." Facebook let the post remain on the website. Zuckerberg had justified the post saying it was a warning and does not qualify for hate speech.

Zuckerberg told Axios that he believes in giving people a voice, even when he disagrees with them. "He's entitled to his position, as are the tens of millions of Trump supporters on Facebook," Zuckerberg said.

Amazon Prime Day 2020 sale to go live on August 6 in India: Here is everything you need to know