As Facebook Live experiences an unprecedented surge owing to global lockdowns, the social-media giant wants to enable access to its live platform for non-Facebook users as well for a wider reach. 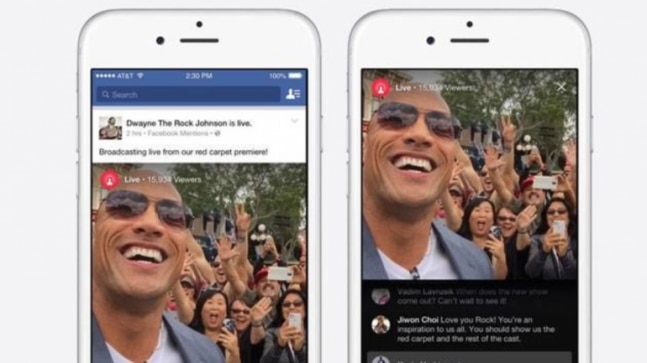 According to engadget, the tool, which was initially only available for desktop users, is now available on Android. The feature will be enabled for iPhone users in the coming weeks.

A tool called "Public Switch Telephone Feature" will allow people to listen in on a livestream via a toll free number, similar to calling into a conference call, engadget reports.

Apart from this, Facebook is also getting a new "audio only" mode so viewers can listen in without watching the accompanying video.

The app is working towards making Facebook Live more accessible to its users. This can be achieved by letting them tune into people's live stream regardless of them having a Facebook account or having a smartphone.

According to a report by IANS, there has been a 70 percent surge in users streaming on Facebook Live. By trying to make Facebook Live accessible to a large number of users, through only audio or without actually using the internet, Facebook plans to control the spike in Live streaming which has only shot up in the last month due to global lockdowns announced to contain coronavirus. Facebook is witnessing a surge in the number of active users and in the time people are spending on social media.

Fidji Simo, Head of the Facebook App, in an official blogspot wrote, "Since we launched Live video on Facebook, people have made over 8.5 billion broadcasts and we've seen the number of Facebook Live viewers in the US increase up to 50 per cent during the past month as people are looking to stay informed and connected."

She further wrote that the app was working towards making Facebook Live more accessible. This can be achieved by granting the users access to reliable information.

"We launched Live Producer so people have better tools to go live and engage with people, sent Live accessory kits to faith-based and education organizations so they can produce content easily from mobile," Simo wrote.

OnePlus 8 official specifications revealed: Could be among the fastest Android phones this year