Facebook Messenger's new privacy feature will let users lock their chats through face or touch recognition. It is currently available for iPhone users. 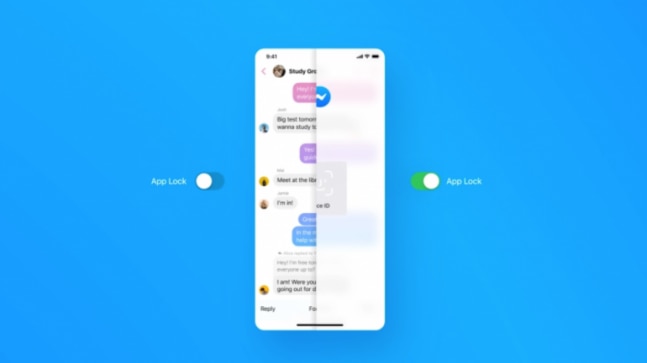 Facebook Messenger has brought in a new privacy feature that will let users lock their Messenger chat app through face or touch recognition. As of now, the feature called the "app lock" is available for iPhone and iPad users. It will be available for Android users in the coming months.

The aim behind the app lock feature is to add more privacy for Messenger users who will have better control over their chats once they are locked.

Jay Sullivan, Messenger's Director of Product Management, Messenger Privacy, and Safety in a blog post said: "App Lock lets you add another layer of security to your private messages and helps prevent other people from accessing them. This optional feature gives you the confidence to know that if a friend or family member needs to borrow your phone, they won't be able to access your chats." Sullivan noted that any of the user's privacy settings like the Touch ID or the Face ID will not be transmitted to or stored by Facebook.

"App Lock and the Privacy section let you tailor your experience and choose settings that work best for you. We're always working to give you more control over your privacy, so as we introduce more privacy features, you'll have this centralized place to find them," Sullivan noted.

Facebook Messenger is also working on Instagram-like messaging controls. It will allow users to have more control over who can send them messages on Messenger. With the new controls, users can decide who can message or call them directly, who goes to their requests folder, and who can't message or call them at all. The control feature, however, is in the works and Facebook will notify its users when it starts testing it.

Another Instagram-like privacy messaging feature in the works is the one that blurs images in the user's message requests folder when someone they don't know is trying to send a message. This feature is already available on Instagram and WhatsApp.