Messenger Rooms is a video calling platform by Facebook which allows users to host group video calls for up to 50 participants. 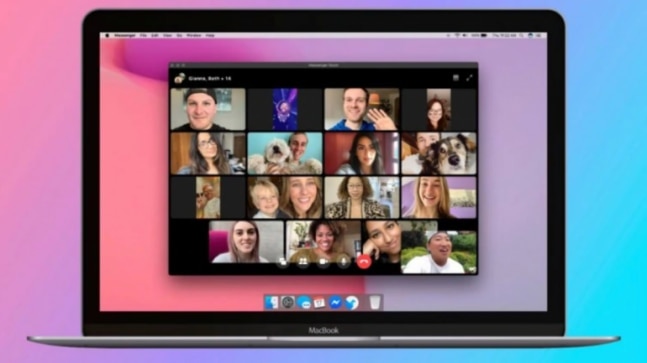 As per WABetainfo, the Android beta update showed traces of Messenger Rooms being integrated to WhatsApp but now the messaging app is working to add Messenger Rooms Shortcut in the 2.2019.6 Web update.

In the screenshot shared by WAbetainfo, you can easily spot a Messenger Rooms icon in the chat share sheet, right below the Contacts option. If you click on the Messenger Rooms icon on the screen, WhatsApp will ask you if you want to proceed to Messenger to create a room. Once the Room is created on Messenger, the user can send the link to other users to connect.

For the unversed, Messenger Rooms is a video calling platform by Facebook which allows users to host group video calls for upto 50 participants. Even if you don't have a Facebook account, you can still join a Messenger Rooms call just by clicking on the link provided by the host.

Looking at the proliferation of video calling platforms due to the coronavirus, many tech giants have come up with their own video calling platforms. Google just made the premium Meet, available for free for users with Gmail accounts, and added a host of new features to Google Duo. All this while, Zoom has claimed the top spot despite the security flaws but now there are good alternatives to the app.

For instance, Facebook's Messenger Room will be much easier to use and it doesn't even require a user to have a Facebook account. This would allow as much as 50 participants to join a call at a time and you wouldn't even have to pay any money to avail the feature.

Earlier, WhatsApp increased the group video call limit from four to eight, making it much easier for its users to socialize during the lockdown. The feature is now officially available to both the iOS and Android users. To get the new feature, the users are required to update their app to the latest version of WhatsApp available on PlayStore and AppStore.