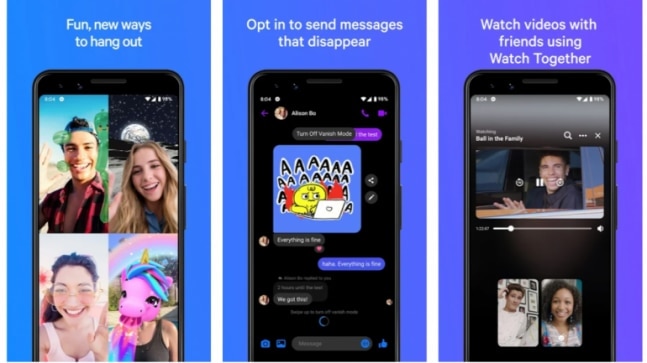 Facebook is reportedly working on tools to make it easier for users to mass-delete and block suspicious accounts from Messenger. Facebook is updating its company policies and will let users report abuse and harassment. The social media giant will also let users give proper feedback on the status of messages they have reported.

Facebook also highlighted already-existing tools like pop-up phishing notifications and automatic image blurring on unsolicited messages. It is also planning to roll out features for child safety and is working on features like identifying a user who sends out a large number of messages or friend requests to underage users, Engadget reported.

As of now, users have to individually delete message requests from users, at least from the Messenger app. The new feature will make it convenient for users to delete unwanted message requests in one go. Messenger also does not have the functionality to delete multiple messages as of now. Users have to either select individual messages or delete the whole conversation altogether.

Users can choose whether they first receive message requests or can give permissions to receive message from all users. If the cross chat platform is enabled, accounts you message across Facebook and Instagram can see your active status. Other than combining chats from Instagram and Messenger, the new update also brings in features from Facebook Messenger to Instagram. Users can also sync their Instagram and Messenger accounts if they wish to see the same display picture and name on both messaging apps with the cross chat functionality for Messenger.

The update adds some of the options previously available on Facebook Messenger, including colourful chats, reactions with any emoji, swiping to reply to individual messages, sharing videos with more friends without having to download any app. Facebook also rolled out new chat themes for Instagram and Messenger users along with Vanish Mode that lets users erase their message history once they are done chatting with a particular user.

To enable Vanish Mode you simply have to open the chat window of the user with whom you are talking and swipe up and release to enable vanish mode. You will know once it is enabled as it will also give you a prompt to "turn off vanish mode," The messages in vanish mode disappear after you close the chat.

90 per cent of India is going to be attracted to a platform that will speak in their language: Koo App creator