The new Facebook feature will allow users more control over what they wish to see on their news feed and who can or cannot comment on their posts. 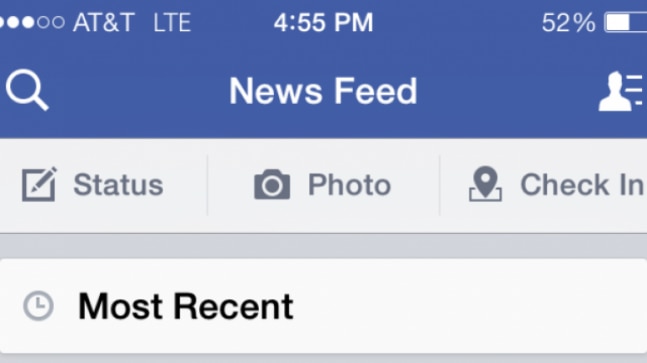 Following in the footsteps of Twitter and TikTok which allow their users and brands to limit comments, Facebook has also launched a new filter bar which allows the users, creators, and brands to limit the comments of the public on their posts, in a bid to help users to control the unwanted interactions on this platform.

This new filter tool will provide the ability to users to limit the comments to those profiles and pages in which they are tagged, or to open it up to anyone who can see the post, and to some extent, this new tool will also control trolling and bullying on the Facebook platform.

It will also be an easy way to turn off the feeds algorithm's status and presented content in the order it was posted instead. In October last year, Facebook launched a ''Favourites'' tool in which users were allowed to select up to 30 friends and pages of which they prioritize their contents and so that it will be displayed on a separate news feed. This company also offered their users an option to sort their feed as '' most recent'' but then buried this option in ambiguous menus.

Facebook is now prioritising ''Favourites'' and ''Recent'' filters by putting them right at the top of the news feed as distinct tabs that users can switch between. The feed filter bar is available to those users who use ''Favourites'' most of the time, builds on favourites by giving the users easy access to see the most recent content of their selected people, and it will enable the users to switch between default algorithm-ranked news feed and a feed which is organised chronologically with the latest post first. Facebook has announced that it is launching this filter bar today, and it will launch this filter bar for iOS in the upcoming weeks, however, Facebook has not made it clear so far that whether the web version will get this feature too or not.

The feature is currently rolling out to Android users, and it will become available to iOS users "in the coming weeks," Facebook said. It's not clear when the feature will be available on the web version of Facebook.