In a report, a cybersecurity researcher and his team have highlighted the unchecked sale of counterfeit products on online social media platforms like Instagram. The research was triggered by a fake iPhone charger that exploded upon use by the researcher. 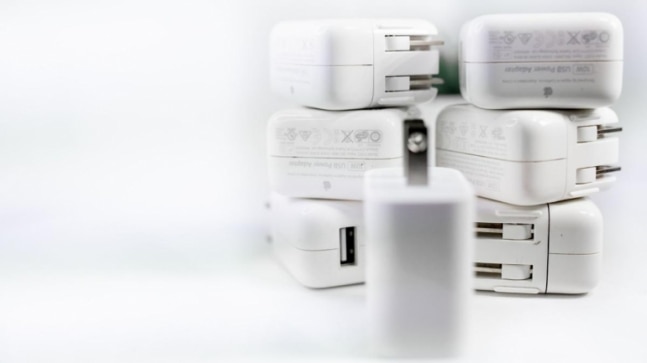 As various social media platforms turn to e-commerce to profit from their large user base, the practice of counterfeit sales online haunts them persistently. The same has now been highlighted in a new report by a cybersecurity researcher, triggered by a near-death experience he faced due to one such product.

Andrea Stroppa, a cybersecurity researcher who works at Ghost Data Team, experienced a life scare due to one such counterfeit Apple product. As mentioned in a Bloomberg report, Stroppa had borrowed a friend's iPhone charger that exploded while being used last year. Stroppa's friend had bought the charger from an unofficial channel on Instagram.

The incident shook Stroppa into action, which, along with his team, started investigating the availability of such products online. Compiling their results in a soon-to-be-released report, the Ghost Data Team found that such counterfeit products are being sold openly on Facebook and Instagram.

The research highlights open trade and how such social media platforms have failed to stop it. "Our study aims at exposing Instagram's difficulties, or unwillingness, to properly address its long-standing counterfeit market and also to highlight the many dangers of such illicit business for Apple and consumers alike," the researchers said, as quoted by Bloomberg.

The team discovered that fake Apple products, including AirPods, lightning cables, USB power adapters, as well as iPhone batteries, are being sold on Facebook and Instagram. The counterfeit products are essentially identical to the original, sans, of course, the quality and security standards.

To garner sales, such products are usually sold at around a 10 times lesser cost than the original products. Made in illicit factories in China, the products are targeted for markets like the US and Europe and have managed to create a multimillion-dollar global business today.

Compiling their findings in the report, the team mentions that around 163 wholesale sellers of counterfeit Apple accessories were active on Instagram from February 8 to March 8. These accounts uploaded 50,000 sales posts in the last year, gaining around 600,000 likes and comments.

The most wanted products among these were were Apple AirPods Pro, Apple MagSafe Charger and other accessories. The team now accuses Facebook of not keeping a check on its sales through its platforms. Facebook is "guilty of failing to adequately invest and protect American businesses and citizens around the world who use its platform," it notes.

In response, a Facebook spokesperson said that the sale of such counterfeit goods on Instagram violates the company's policies. "While there's always more work to do, we now regularly respond to reports of counterfeit content within one day, and often within a matter of hours."

The new findings can further fuel the ongoing dispute between Apple and Facebook. The two US majors currently argue over an impending iOS 14 updates that will put a check on data collection by Facebook for its targeted ads. Facebook, however, accuses Apple of bringing in the change for protecting its own revenue streams and eliminating competition.

Also read: | Facebook to start cracking down on groups for breaking its rules
Also read: | Airtel and Vi may roll out indirect tariff hikes later this year, here is what it means
Also read: | Instagram will stop adults from sending messages to teens who don't follow them