FAU-G out now: How to download, gameplay details, and other details you should know

FAU-G action mobile game is now available for download on Republic Day. At launch, the game is available only for Android users. 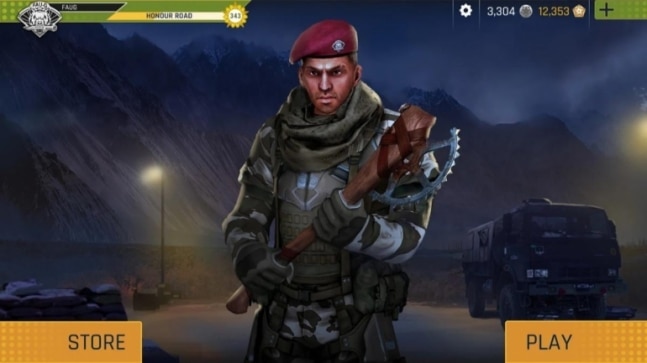 FAU-G is now available to download on your Android phone. The new "Made in India" game is now available for gaming enthusiasts who were disappointed by the PUBG Mobile ban back in September 2020. But FAU-G is not trying to replace PUBG Mobile, so the developers say. Instead, the developers have said FAU-G will be different, at least that is what the initial gameplay suggests. But it still comes across as the high-profile game that aims to fill the PUBG Mobile-sized void, considering Bollywood actor Akshay Kumar also backs the new mobile title.

If you have been waiting for FAU-G, short for Fearless and United Guards, there are a few things that you need to keep in mind. These things will ensure you understand what sort of a game FAU-G is, how to go about it, and if your phone supports it. I will also tell you what permissions this game requires before you set out to install it on your phone. And finally, if FAU-G is actually a substitute for PUBG Mobile in case you are particularly excited about that. All of these things in five points below:

1. To download FAU-G, you will need to go to the Google Play Store on your phone. Smartphones running Android 8.0 or later versions will only support the game, which means nearly all the recent Android phones are eligible. If you have a smartphone running Android Go version, which is suited for less memory and resources, FAU-G might not be available. And if it is available, it will not run properly, causing your phone to hang during the gameplay periodically. Remember, this is a full-fledged smartphone game.

2. If you have an iPhone, you will be disappointed to know that FAU-G is not available for iOS. Although the developer nCore Games has said that an iOS counterpart will be released, there is no information on when that version will be released. Since most smartphone users are on Android, FAU-G is capitalising on that market share. In addition, FAU-G is also available to play on Android tablets in case you were wondering. On Android, FAU-G installer is 46MB, but the game files may be over 500MB in size. Moreover, the size depends on the Android phone you are using.

3. You will have to grant FAU-G the following permissions to use it: storage, photo gallery, media gallery, network settings, full network access, view network connections and prevent the device from sleeping. There is no other data access request that you may have to attend before using FAU-G.

4. The FAU-G gameplay has a single campaign mode that involves first-person shooting for individuals. The online multiplayer and battle royale modes will be added later through an update, so, for now, you have enough time to practice and upskill yourself for what is next to come in the game. To attack an enemy, you can use your fists and an axe and the elbow to defend against an attack. There are no guns in the game at this point. However, the game trailer did show ammunition, so maybe a later stage in the gameplay will offer them. There are multiple stages that you will clear on rounding up kills in the game.

5. It is different from PUBG because you have a single map that is themed on the Galwan Valley, where the skirmish between the Indian and Chinese army troops took place. The developers have not clarified if there will be different maps in the game yet. Moreover, there are no tournaments right now. You do not get to choose your avatar and the outfit in FAU-G. You have an Indian Army soldier's avatar in the game for now. There is a navigation control on the screen for controlling the movement, an attack button, and a defence button. There are no other options in the game right now.