Ratings of FAU-G or Fearless and United Guard have suffered badly on Google Play Store after negative reviews from PUBG players. FAU-G was launched only a week ago on January 26 and at one point, was rated at 4.7. 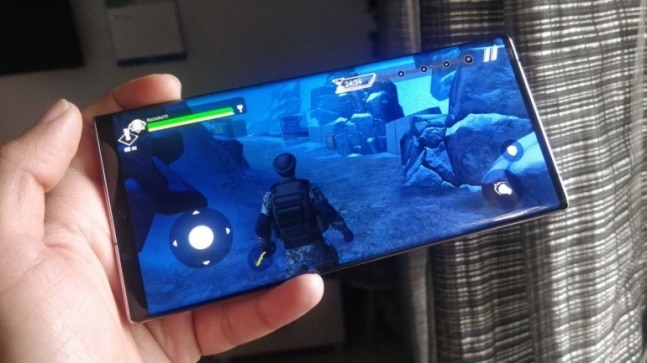 FAU-G was launched only a week ago on January 26.

Ratings of FAU-G or Fearless and United Guard have suffered badly on Google Play Store after negative reviews from PUBG players. FAU-G was launched only a week ago on January 26 and at one point, was rated at 4.7. Now, the ratings have gone down to 3.2 stars after negative reviews from PUBG players and mixed response from others. Several mobile phone gamers have taken it to the Google Play Store to complain that the new game is not at par with PUBG.

"For a game that was being hyped as a pubg alternative, it's utterly lacking. There are no guns, only hand to hand fighting. You just need to spam attack and there is 0 skill involved. Graphics are ok, but game lags when you move or turn. It's unfinished and shouldn't have been launched this early. There is not even multiplayer, which is a good thing. The single player itself is so bad that I can't imagine what a trainwreck multiplayer would be. And galwan valley reference is very immature," said a user named Navgeet Agrawal.

Some users even pointed out that while the graphics of the game are still fine, the mechanics need a lot of improvement. For now, the game is available in only one campaign mode and doesn't allow users to do much with the character apart from moving in a straight line and beating enemies.

"Need lot of improvement in mechanics of the game. Like character movement mostly cross and side running along with backward running. Also there is no option for changing layout of controls. You must add jumping and prone like mechanics in the game which are necessary for modes like TDM and BR. Good gunplay is the key to a successful shooting game which made PUBGM the best mobile game ever. If u wanna compete with others then u must implement these features ASAP. I hope u'll do it soon," another user Vishal Kagankar, who gave the game one-star rating, said.

Despite the poor reviews, FAU-G continues to be the top free game on Google Play in India. Interestingly, most of the ratings given to the game are either five star of one star. Everything in between is just filling the gap. FAU-G had launched to great response in India and had crossed 5 million downloads within a day.

It was announced just after the government banned PUBG Mobile and PUBG Mobile Lite in the country in September.

Google Meet rolls out Green Room feature, will give users quick preview of settings before joining a meeting