Developers of the Indian first-person shooter game FAU-G have announced the release date for a beta update that will bring team deathmatch mode to the game. The mode will allow multiplayer actions with a range of weapons on new maps. 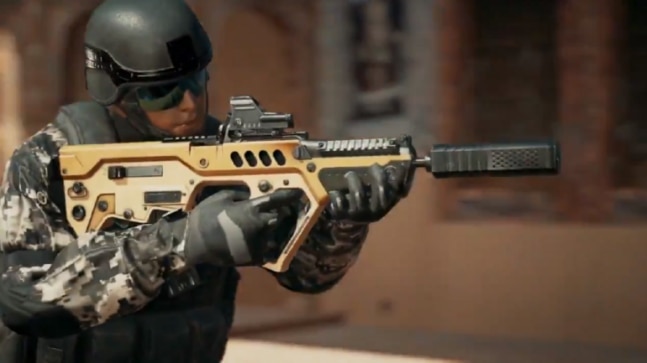 Indian mobile game FAU-G that gained quick fame in the country with its Indian Army-centric theme is now coming out with a major upgrade. After launching the game with a single-player storyline mode, the developers are now introducing team deathmatch mode to FAU-G.

The game had long hinted at the update, as the same was mentioned on the FAU-G's home page with a "coming soon" tag. Developer Ncore Games has now released a trailer that gives us a glimpse of what to expect from the team deathmatch mode on FAU-G.

The trailer is quite interesting as it marks a substantial shift from what the game has to offer to date. Before its launch, FAU-G was hailed as a possible substitute to battle royale game PUBG that was facing a ban in India at the time. When the game was launched with a single storyline mode that had little to offer, the fans were left rather disappointed.

The developers had promised to introduce both team deathmatch and battle royale modes to the game soon. They have now announced the release date for a beta version of the new mode, which is set to arrive in June this year.

From what can be judged from the trailer, the new deathmatch mode will be much like what is seen on Call of Duty Mobile or PUBG Mobile. The mode will let players form groups of 4 or 5 and battle against another group in a variety of maps.

A big plus for FAU-G in particular will be the multiplayer option that the mode will bring to the game. For now, FAU-G just makes use of a single-player storyline with only a few melee weapons for action. The team deathmatch mode will bring a whole new arsenal of weapons to the game.

As seen in the trailer, these will range from assault rifles to SMGs, snipers and more. Players will also be able to use grenades and like in the new mode. There is no depiction of special abilities or functions, as is the case in COD Mobile.

It will be interesting to see how FAU-G manages to appeal to the Indian gamers with its new team deathmatch mode. If it is anything like the storyline mode it first introduced, it will remain a hard pass for gamers in the country.