Apple and FBI have been in a deadlock over the creation of backdoors to encryption on the gunman's iPhone. 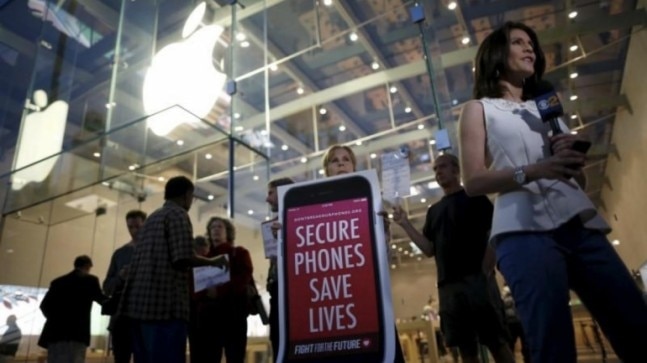 When Apple locked its horns with the Federal Bureau of Investigation over iPhone unlocking of the Florida shooter, it made its stance clear about privacy. Apple had said it would not help the FBI unlock the terrorist's iPhone units that could reveal confidential information related to the attack. FBI is now rapping Apple but conclusively without ending up in a stalemate. The investigation of the terrorist convicted for the mass shooting in Pensacola, Florida in 2019 may have been fast-tracked as FBI claimed it has managed to unlock the gunman's iPhone without needing Apple's help and weakening encryption. FBI has also chastised Apple for not being helpful since the beginning and stymieing the investigation.

The investigation of the Pensacola shooter's iPhone has revealed Mohammed Saeed Alshamrani had connections with the terrorist organisation Al-Qaeda, FBI said in a presser. But, while the crucial information was share-worthy, FBI director Christopher Wray and attorney general William Barr have pulled up Apple for not having assisted in the investigation process. "We canvassed every partner out there and every company that might have had a solution to access these phones. None did," said Wray while underscoring Apple's non-cooperation. FBI had access to forensic tools created by companies such as Cellebrite, which helped the FBI unlock the iPhone 5C of San Bernardino terrorist to reveal information.

Apple, however, has claimed it provided FBI with the iCloud data of the shooter, in addition to other technical assistance for the investigation. But it was not sufficient for FBI to bypass encryption on the shooter's iPhone 5 and iPhone 7 Plus models. This consequently led FBI to develop its own tools, based on what it had from third-party companies.

But, according to Wray, those tools have a limited scope and the technique developed by FBI "is not a fix for our broader Apple problem." The standoff between the FBI and Apple is becoming seasoned with unending retaliation. When the San Bernardino case was underway, FBI ordered Apple to provide them with tools that could create a backdoor to the iCloud encryption. While Apple had categorically denied participating in an encryption violation activity, it did concede to FBI's complaints against Apple's proposed plans of encrypting iCloud backups.

According to Reuters, Apple dropped its plans of encrypting iCloud backup for its users that could have barred even the Cupertino-based company to intercept user data -- something that could have even worse implications on federal investigations of Apple devices.

Apple has repeatedly slammed FBI for pressing it to handover tools that could impact encryption on the company devices. "The false claims made about our company are an excuse to weaken encryption and other security measures that protect millions of users and our national security," Apple said in a statement (via Wired). For Apple, there "is no such thing as backdoor just for the good guys" that FBI is insisting to create. The backdoors could be used by hackers to compromise encryption and security of over 1 billion iOS devices worldwide, per Cupertino. However, FBI's recent bypass is claimed not to have impacted the encryption on the iPhone.