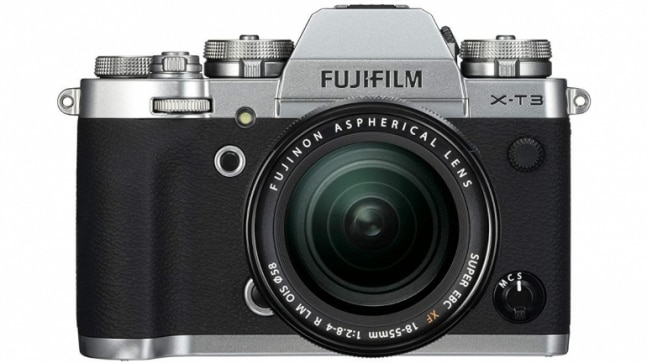 Earlier this month, Fujifilm said that it plans to release a free firmware update on October 28. The company has brought the firmware update for Fujifilm X-T3 camera model. While the new firmware update brings a couple of improvements, the main objective was on better autofocus performance of the camera.

Firmware version 4.00 for Fujifilm X-T3 features faster autofocus speed, from 0.06 seconds to 0.02 seconds, which is actually equivalent to the performance of the latest X-T4. Fujifilm X-T4 mirrorless camera was launched in the month of May in India for Rs 1,54,999.

The company claims that the algorithm for predicting subject movements has also been updated with the free firmware to capture the moving photo moment. Other than this, the autofocus tracking performance has been doubled. Users need to "Press the shutter button halfway down when a subject is in the focus area to maintain focus on the subject with a higher level of accuracy."

The improved face and eye autofocus performance helps in continuous shooting modes. "The camera can attain focus on a face or eyes quicker and more accurately even when shooting portraits that involve some movement," claims Fujifilm.

The new firmware allows the camera autofocus to work in low light levels down to -7EV. This exposure value helps in phase detection AF in near darkness.

In order to update the firmware, camera users need to go through the following steps: