Fujifilm will launch two new cameras -the GFX 100S and X-E4 today in India via livestream at 04:00PM. The company will probably launch a few lenses as well. 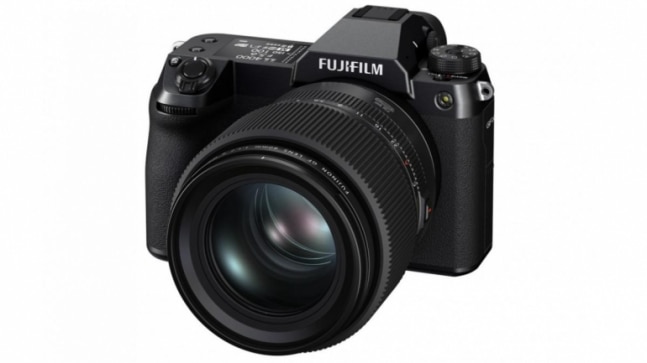 Fujifilm has broadly categorised its cameras in two systems -the GFX system and X system. The company announced two new cameras, one for each category, in late January this year. Fujifilm is now bringing the cameras for Indian users. The Japanese camera maker will launch Fujifilm GFX 100S and Fujifilm X-E4 via livestream at 04:00PM.

There are chances that the company will also unveil a couple of lenses in India today. These lenses have already been introduced at the Fujifilm X Summit Global 2021. The lenses are: the GF 80mm F1.7 R WR lens, the XF 70-300mm F4-5.6 lens for X-mount users, and a 27mm F2.8 lens. But this will be confirmed at the virtual event that will happen today.

As for the new cameras, here are more details.

--The GFX 100S comes with a 3.2-inch LCD monitor with 2.36 million dots. The vari-angle touchscreen can be adjusted in three directions.

--Fujifilm GFX 100S packs a 1.8-inch monochrome display on the top plate of the camera.

--The latest GFX camera can shoot 4K videos at up to 30FPS. It can also shoot at 5FPS in continuous mode.

--Other features include 6-stop IBIS, customizable buttons, weatherproofing and more.

--Fujifilm X-E4 features a 26.1-megapixel X-Trans CMOS 4 sensor. The sensor is equipped with 2.16M phase detection AF pixels covering approximately 100 per cent of the frame as the company says.

--The X-E4 compact camera is powered by an X-Processor 4 image processing engine.

--The X-E4 features a tilting LCD screen allowing digital content creators to check the composition from any angle. The screen can be flipped at full 180-degree for selfie shooting.

--Fujifilm claims X-E4 the most compact camera to support interchangeable lenses in the X-series.

--The new Fujifilm X-E4 is lightweight and portable. The camera only weighs 364 grams.

--The X-E4 camera comes for $849 (body-only) in the United States. The Fujifilm X-E4 India price will be revealed today.

Amazfit GTS 2 Mini gets Amazon Alexa support in India, here is how to get it