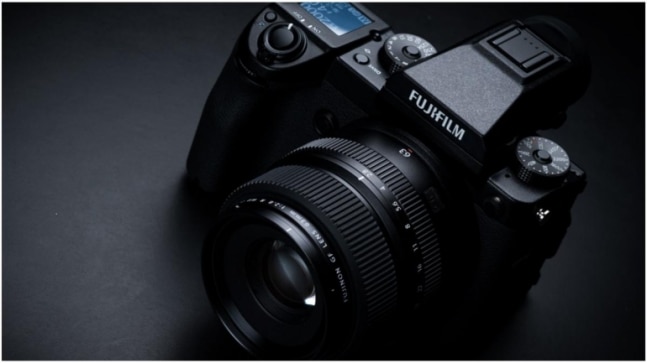 There has been a lot going on the internet for Fujifilm's upcoming cameras. Multiple leaks and rumours suggest that Fujifilm is going to announce new imaging products early 2021. As reported by Fuji Rumors, the company will unveil two cameras on January 27 namely Fujifilm GFX100S and Fujifilm X-E4.

The Fujifilm GFX system has three cameras as of now: the Fujifilm GFX100, GFX 50S, and GFX 50R. Now, the company is suspected to launch Fujifilm GFX 100S very soon. The look of the camera will be in nature of GFX 50S. But specs-wise, the GFX 100S will be a smaller successor of GFX100. The latest GFX 100S will pack a 102-megapixel sensor reportedly. The medium format camera is also expected to come with in-body image stabilization, built-in viewfinder, and non-removable battery grip.

Users who are looking for a colossal amount of resolution in the photos along with the advantages of medium format shooting, the Fujifilm GFX 100S can turn out to be a promising camera.

On the other hand, the X system of Fujifilm is dedicated to the mirrorless digital cameras. The company may soon add a new member, Fujifilm X-E4, to its X-series of cameras. The X-E4 has been subject to a number of leaks already. The camera may use the same 26-megapixel sensor which is also there in the Fujifilm X-T4. It may also feature a tilting screen, as opposed to the fixed screen included in the X-E series.

Along with the aforementioned two cameras, the company may launch three lenses and also a new Fujifilm film simulation. The lenses will include Fujinon GF80mm F1.7, Fujinon XF27mm F2.8 MK II, and Fujinon XF70-300mm F4-5.6.

The rumored date of the product launch event is still unofficial. Fujifilm has not confirmed it yet and if the report happens to be true, we may get to watch an official teaser very soon.