The new Galaxy S21 series renders are claimed to be identical to the final products that will be released next month. 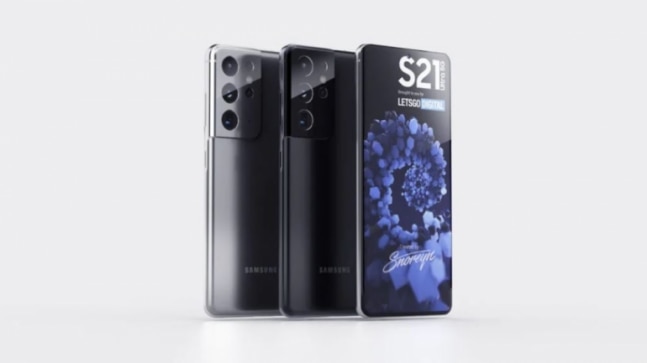 Samsung is expected to launch the new Galaxy S21 series of phones next month, with it set to bring with itself three new phones -- the Galaxy S21, Galaxy S21+ and Galaxy S21 Ultra. In the run-up to its launch, the phones have been leaked a number of times, with both their specifications and design revealed online.

And now, a new set of high-quality renders and its first live images have completely revealed the design of the three phones. The set of high-quality renders come courtesy of LetsGoDigital. The new Galaxy S21 series renders are claimed to be based on information acquired from sources close to Samsung and are said to be identical to the final products that will be released next month.

The renders show the phone will come with volume rockers and a power button will on the right side, while the USB Type-C port, speaker grille, and primary microphone will all be at the bottom. The left of the phone appears to have been left empty by Samsung.

According to the renders, the Galaxy S21 series phones will come with a design that will see the SIM tray located at the bottom, instead of the top. Further, they will also house a distinct camera array design. The Galaxy S21 and Galaxy S21+ appear to be coming with an identical triple camera setup, while the Galaxy S21 Ultra looks likely to sport a quad-camera setup. Interestingly the leaked live images of the Galaxy S21+ and S21 Ultra also show a similar design, however, they do not show the phone in a very good light. In fact, in the live images, the phone looks rather unappealing and also cheap for a premium segment smartphone. Apart from this, there's nothing new that the live images reveal about the two new phones.

As for the specifications of the phones, previous leaks have suggested that the S21 Ultra will be equipped with a curved WQHD+ LTPO AMOLED display with a 120Hz adaptive refresh rate and will also come with support for the S Pen. On the other hand, the other two devices will include a flat FHD+ LTPS AMOLED display with a regular 120Hz refresh rate.

All three phones are expected to get the Snapdragon 888/Exynos 2100 chipsets and run Android 11-based One UI 3.1 operating system. Apart from this, there's little known about the device, however, rumours suggest that the S21 Ultra could get a battery of 4,800mAh, support for 5G and WiFi 6.