The upcoming foldable Galaxy Z Flip phone from Samsung has been tipped to bring a 6.7-inch display and a Snapdragon 855+ chipset. 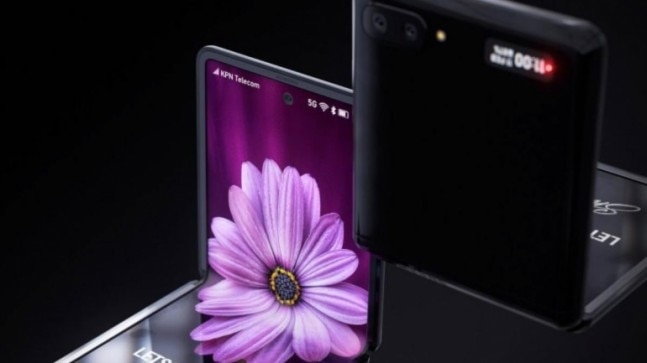 Samsung Galaxy Z Flip has been in the news over the past few weeks. The smartphone is expected to be the company's second smartphone with a foldable display, but one that won't be anything like the Galaxy Fold from last year.

Instead, this one is tipped to sport a Moto Razr like clamshell design with a display that could bend inwards. Now ahead of the device's launch, the Galaxy Z Flip has gone through the FCC, with the listing revealing all about the device.

The Galaxy Z Flip has been revealed to include support for all US carriers including CDMA legacy radios. The version seen being listed on the FCC is SM-F700U which is essentially the US Unlocked variant of the Samsung Galaxy Flip.

The phone has been revealed to bring support for a number of bands, however, we interestingly have no mention of 5G.

Earlier, we had also seen specs of the device leak, which based on reports show the Galaxy Z Flip to come running a Snapdragon 855+ chipset, 8GB of RAM, and 256GB of onboard storage. On the outside, there's a 6.7-inch foldable display with a tall 22:9 aspect ratio.

The device also gets a small 1.06-inch Super AMOLED display for checking notifications while the phone is closed.

Apart from this, there will be dual 12-megapixel cameras sat next to the external display, and a 10-megapixel selfie camera placed inside a cutout on the main display. There's also a side-mounted fingerprint scanner, support for 15W fast charging via USB-C, and support for 9W Qi wireless charging.

As for the pricing, previous reports have claimed that the device will be priced between $860 and $1,295, making it more affordable than the Moto Z Flip and also bring it in line with other premium flagships in the market.

However, for now, this remains in the realm of speculation and as such we suggest taking these reports with a pinch of salt and wait for the phone to be launched at the Galaxy Unpacked event 2020 later next month.

Realme confirms Android 11 on major smartphones: Check if your phone is eligible