The Galaxy S20 and Galaxy Z Flip smartphones are expected to be launched on February 12 at Samsung's Unpacked event. 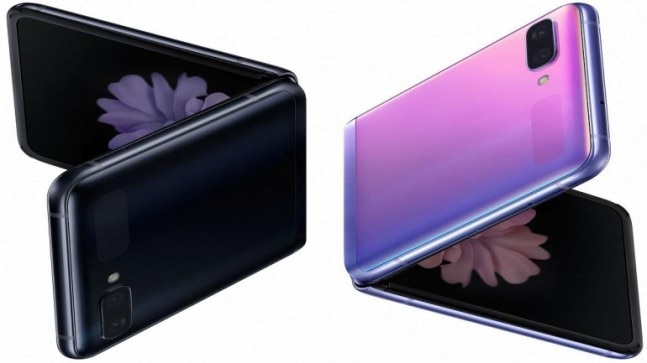 Samsung is all set to launch the flagship Galaxy S20 series smartphones alongside the Galaxy Z flip at its Unpacked event on February 12, and ahead of its launch, renders of the device have leaked online, revealing to the world what the devices could look like in the flesh.

The renders come courtesy of noted tipster, Evan Blass who took to Twitter to share them with the world. In separate tweets, he took the lid off the designs of the S20 series of phones, and the Galaxy Z Flip, which again has been tipped to sport a Moto Razr like clamshell design.

As for the Galaxy S20 series, renders of all three phones, including the S20, S20 Plus and the S20 Ultra have been leaked quite a number of times, with their entire spec sheet also making it to the web in the past few weeks.

Talking about the phones, the biggest device in the list, the S20 Ultra is being tipped to come at a hefty at 221gms in weight. However, it will be majorly because it would sport a massive display that will be 6.9-inches in size. It would support 1440x3200 resolution and the Infinity-O Dynamic AMOLED screen will boast of a native 20:9 aspect ratio and a centered punch-hole. The rear camera module will feature a 108-megapixel main lens sat next to a 48-megapixel telephoto, a 12 MP ultrawide, and a ToF lens. Interestingly, the primary lens would also be capable of 10x optical zoom and up to 100x digital zoom from this setup.

The Galaxy S20, on the other hand, will bring a 6.7-inch display with the same resolution, refresh rate, and design we saw in the model above. The chipset will be the same as well. However, there will be a single 128GB storage variant paired to an unspecified amount of RAM and a 4,500 mAh battery pack. The phone will be 162x74x7.8mm in size and weighs 188g.

The Galaxy Z Flip has been claimed to get a 6.7-inch Dynamic AMOLED screen, 256GB of onboard storage, One UI 2.1, 3300mAH or 3500mAH Battery and be made available in Black and Purple colours.