A new patent shows that the Galaxy Z Fold 3 could come with a fancy light indicator on its hinge. 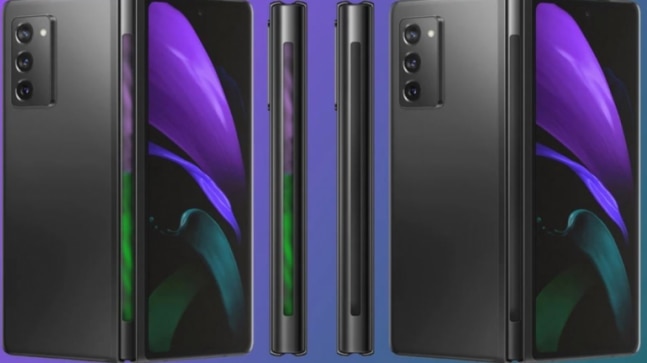 Samsung recently launched the Galaxy Fold 2 as its second-generation foldable smartphone for the world. And barely weeks after its launch, we are now hearing rumours about a new Galaxy Z Fold device in the works -- presumably called the Galaxy Z Fold 3.

In fact, there are even reports about the device and some of its features, with the latest claiming that the South Korean tech giant has filed a patent titled "Galaxy Z Fold with Light Indicator" in March 2019. Published by the World Intellectual Property Organization on 1 October and discovered by LetsGoDigital, this new patent shows that the Galaxy Z Fold 3 could come with a fancy light indicator on its hinge.

The patent shows the Galaxy Z Fold with an indicator in the hinge featuring LED light elements and an almost translucent cover. This LED light indicator could very well be used for notifications or The purpose of the indicator would be to notify the user of notifications, or incoming calls or messages. However, a word of caution before we get excited about this feature. As with all patents, this feature may not make it to the Galaxy Z Fold 3.

Talking about Galaxy Z Fold 2, arguably the biggest improvement seen in the Galaxy Z Fold 2 is in the display department. On the outside we have a bigger display, that takes over the front of the phone. This screen has very little in terms of bezels and feels like a modern-all screen solution. The panel here is 6.23-inches in size capable of HD+ resolution. This panel sports a 25:9 aspect ratio. The panel also uses a punch-hole instead of a notch on the Galaxy Z Fold.

The design of the rear camera module has also been changed quite a bit, as it appears to look very much like the one on the Galaxy Note 20. The phone also shares the Mystic Bronze color with Note 20. In terms of cameras, the module houses three lenses with the primary being a 12-megapixel lens paired to another 12-megapixel Super Dual Pixel lens. the third lens in the set-up is a 12-megapixel telephoto lens. The front camera on the phone is a 10-megapixel lens for clicking pictures.