Days after Google axed the Remove China App and Mitron App from Play Store, the Mitron App is now back on Play Store. 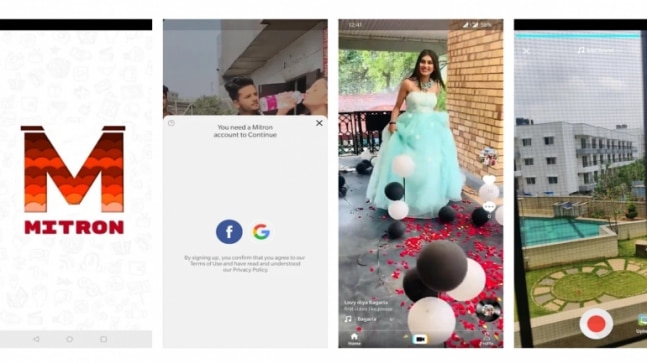 Days after Google axed the Remove China App and Mitron App from Play Store, the Mitron App is now back on Play Store. The so-called Indian alternative to the Chinese-video-making app Tiktok was removed on June 2. The App was removed because it violated certain guidelines of Google.

As per Google's guidelines, the apps that are not unique in nature or the apps that provide the same experience as the other apps to the users are not allowed on the Play Store. The Mitron app was a blatant copy of TikTok and this was one of the reasons why it was removed from the Play Store.

Talking about bringing the app back on Play Store, Google said in a statement, "A number of recent app removals received particular attention in India and we wanted to clarify our actions. Earlier this week, we removed a video app for a number of technical policy violations. We have an established process of working with developers to help them fix issues and resubmit their apps. We've given this developer some guidance and once they've addressed the issue the app can go back up on Play."

Seems like the developers of Mitron have adhered to the guidelines issued by Google and have made changes accordingly. The app has tweaked the design and also updated the Privacy Policy page. The promoter website was also built and updated.

"Mitron is a free Short Video and Social Platform based out of Bengaluru, India. It is designed for people to showcase their innovative videos inline with our theme of light humor. Mitron provides an easy and seamless interface for users to create, edit, and share their videos, and at the same time browse through a library of top videos across the globe.Our mission at Mitron is to create a platform where people can come and entertain themself with small videos posted by people across the globe and at the same time create a social incentive for people to share and create their own videos," the new description of the app on Play Store reads.

Mitron became popular in India days after it was launched due to the rise in anti-China of late. Interestingly, the app that claimed to be an Indian substitute to Chinese-app TikTok, isn't Indian enough. The app was bought by IIT Roorkee Shivank Agarwal from Pakistani coding company Qboxus. The source code provider of the app had told Indian Express that the app has too many flaws as the developer didn't alter the code after purchasing it from him for Rs 2500. He also claimed that the privacy policy of the app was not even changed before it was uploaded on Google Play Store for the first time.