Trump on Monday had issued a proclamation to suspend issuing H-1B visas, which is widely used by IT professionals from India along with other foreign work visas. 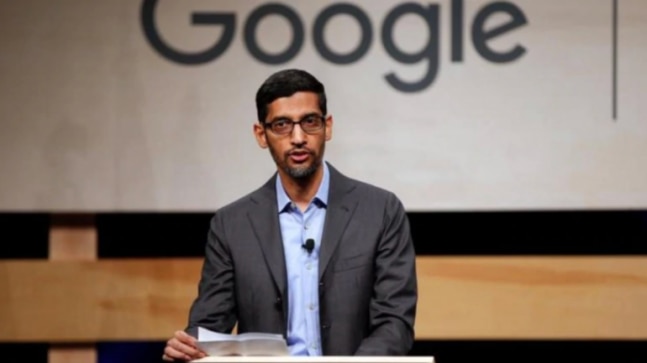 Google CEO Sundar Pichai has expressed disappointment over US President Donald Trump's decision to temporarily suspend foreign work visas including H-1B. Trump on Monday had issued a proclamation to suspend issuing H-1B visas, which is widely used by IT professionals from India along with other foreign work visas.

Hours after Trump issued his proclamation, Pichai took to Twitter to express his displeasure over his decision to suspend work visas. "Immigration has contributed immensely to America's economic success, making it a global leader in tech, and also Google the company it is today, Disappointed by today's proclamation - we'll continue to stand with immigrants and work to expand opportunity for all," he wrote.

Not only Pichai, but Trump's decision also wasn't received by Microsoft and Twitter as well. Slamming Trump's move, Microsoft President Brad Smith said America needs immigrants more now. "Now is not the time to cut our nation off from the world's talent or create uncertainty and anxiety. Immigrants play a vital role at our company and support our country's critical infrastructure. They are contributing to this country at a time when we need them most," he said. His tweet was also shared by Microsoft CEO Satya Nadella.

Twitter also issued a statement on Trump's immigration proclamation. In a series of tweets, the company said that the move undermines America's greatest economic asset, which is its diversity. "Statement on US high-skilled immigration proclamation: "This proclamation undermines America's greatest economic asset: its diversity. People from all over the world come here to join our labor force, pay taxes, and contribute to our global competitiveness on the world stage, " the company tweeted from their official handle.

Alice G Wells, who was a part of Trump's administration till sometime back, has also slammed the move. "Being able to attract the best and the brightest through the H1-B visa program has made America more successful and resilient. Knowing how to tap foreign talent is a US strength, not a weakness! #H1B #usindia," he posted on Twitter.
Issuing the immigration proclamation on Monday, Trump had said that the move to suspend the foreign work visas was important to help the Americans, who have lost their jobs due to coronavirus pandemic.

"In the administration of our Nation's immigration system, we must remain mindful of the impact of foreign workers on the United States labour market, particularly in the current extraordinary environment of high domestic unemployment and depressed demand for labour," the proclamation issued by Trump read.

The proclamation is likely to impact the IT professionals from India who were issued the visa by the US government for 2021.