A redesign for Gmail could also be in the works as the company has teased a new logo. 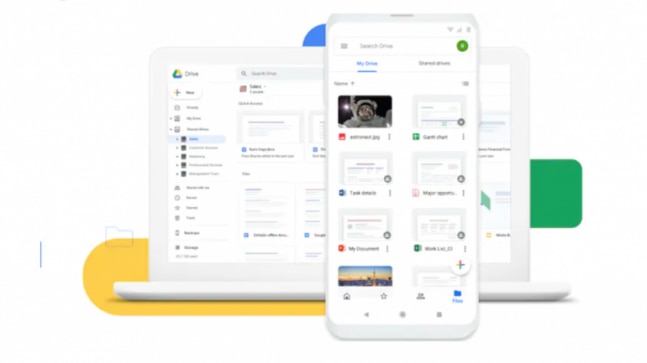 Google Drive will no longer retain trash items beyond 30 days starting October 13. Previously, the trash or deleted items in Google Drive would remain in the trash indefinitely, unless users manually removed it. For GSuite users, admins can restore trash for up to 25 days for active users. Users will get notified on Google Drive and Google Docs as well as Google Form apps.

Gmail to get a redesign?: A Gmail redesign could be in the works as Google has teased for the new logo of Gmail. According to a report by 9to5 Google, Google brings out new logos with new services. The new logo is a drawing of the letter M. So far, the classic envelope shape has remained the same since 2004.

As per the report, the potential new logo takes advantage of the blank background that is modern Android and iOS home screen icons. Meanwhile, it's flat and the outer corners are much more rounded than before, fitting with Google's latest design language.

Gmail's new logo is very likely to incorporate the four colours-- blue, red, yellow, and green as it did in the recent redesigns of Google Maps and Google Photos logos.

"People tell us they feel overloaded with too much information and too many tasks across too many different tools. Instead of learning another tool, we need the tools we already use to be even more helpful, and work together, in an integrated, intuitive way," G Suite head Javier Soltero had said when new features were added to Gmail in July.

In other news, OnePlus has brought One Plus Messages app, the default messaging app for One Plus users to the Google Play Store. The app will work on One Plus smartphones only. Even though users with other phones cannot install this app, they will get faster updates through it, as per reports.

The benefit for OnePlus users is that they will not have to wait for OxygenOS updates to use the updated One Plus Messaging apps.

The One Plus Messages app will have the ability to one-tap copy one-time passwords, financial transactions, and even promotions within the chat overview panel. The app aims to declutter SMS information. There is a new card format for messages with ticketing or bank transaction information, Android Central noted. The One Plus Messages App is not available for all users. It could roll out in the coming weeks with OnePlus 8T.

TikTok removed over 3.7 crore videos in India till June for content violation

JioPostPaid Plus announced: New Dhan Dhana Dhan plans, everything else to know