According to Google, this is the biggest update that Google Earth has seen since 2017 and features five thematic stories including forest change, urban growth, warming temperatures, sources of energy, and the world's fragile beauty. 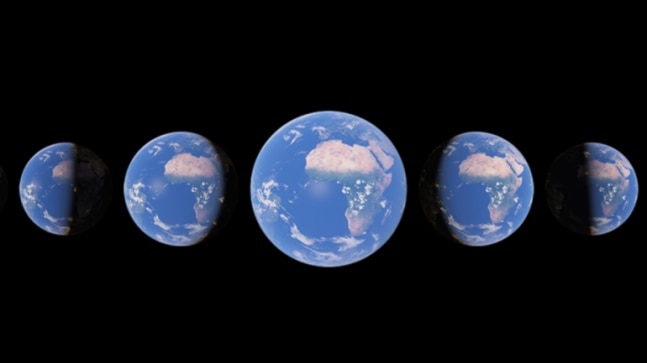 Google Earth is rolling out 3D timelapse videos that let users go back in time. According to Google, this is the biggest update that Google Earth has seen since 2017 and features five thematic stories created in the Voyager feature of Google Earth, which will give users guided tours on forest change, urban growth, warming temperatures, among other environmental changes over decades. Timelapse has separately existed for many years. It is only now that Google has integrated it with Google Earth.

It will cover changes from 1984 till 2020 and Google has noted that it will update it every year for the next decade. Timelapse in Google Earth aims to give a clearer picture of "our changing planet right at our fingertips — one that shows not just problems but also solutions." Google noted that the tool will come in handy to governments and researchers to publishers, teachers, and advocates.

"In the biggest update to Google Earth since 2017, you can now see our planet in an entirely new dimension — time. With Timelapse in Google Earth, 24 million satellite photos from the past 37 years have been compiled into an interactive 4D experience. Now anyone can watch time unfold and witness nearly four decades of planetary change," Google noted in a blog post.

Users can access Time-lapse videos through g.co/Timelapse and type in the location they want to see in motion by typing it in the search bar. Alternatively, users can also open Google Earth and click on the ship's wheel to find Timelapse on Voyager, to see the interactive guided tours. Google noted that it has uploaded over 800 Timelapse videos in 2D and 3D for public use. Users can select any video they want as a ready-to-use MP4 video or sit back and watch the videos on YouTube.

Until now 2D timelapse videos existed through Google Earth. However, the update brings new additions in 3D that give a more real experience like glaciers retreating over decades and forests giving way to roads.
Last year, the National Bureau of Economic Research noted that, if left unchecked, climate change could drive temperatures up to the point where they would lead to 85 deaths per 1,00,000 people globally per year by the end of 2100.

ALSO READ: | WhatsApp users unexpectedly getting banned on the app, here are possible reasons
ALSO READ: | With a month for new WhatsApp privacy policy to go live, here is what happens if you do not accept it
ALSO READ: | Mi QLED TV 75 India launch soon: Price, features, specifications and everything else to know