Google CEO Sundar Pichai said that employees will work in hybrid work models in future and that Google offices are being reconfigured. 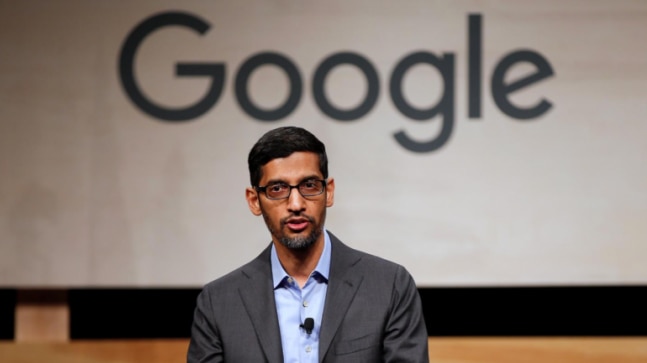 Google CEO Sundar Pichai in an interview said that Google employees will work in hybrid work from home models in the future. The hybrid models include rearranging offices and figuring out more long-term remote work options, Pichai said. An internal survey carried out in Google revealed that 62 per cent of the employees want to return to offices at some point, but not every day.

"I see the future as being more flexible," Pichai said in the interview. "We firmly believe that in-person, being together, having a sense of community is super important when you have to solve hard problems and create something new so we don't see that changing, so we don't think the future is 100 per cent remote or something. But we do think we need to create more flexibility and more hybrid models."

Pichai said that Google is reconfiguring office spaces to accommodate employees on sites. This will apply for employees working from home who will have to report to offices on some days. Google was one of the first companies to announce work from home for its employees until July 2021.

"Early on as this started, I realized it was going to be a period of tremendous uncertainty, so we started to lean in and give certainty where we could," Pichai said. "The reason we made the decision to work from home until mid of next year is we realised people are trying hard to plan and it was affecting productivity."

Pichai, who was listed in TIME's 100 most influential people also highlighted that accommodation has become expensive in the San Francisco Bay area. "It's always made me wonder when I see people commuting two hours and away from their family and friends on a Friday, you realize they can't have plans. So I think we could do better," Pichai said.

PUBG may not return to India despite Tencent licence withdrawal