Google hides self driving cars in secure location due to US election, suspends test runs

Google's sister company Waymo has temporarily suspended self-driving cars from the streets of San Francisco and parked the units in a secure location in Mountain View. The move comes as a precaution measure for electron unrest in the US. 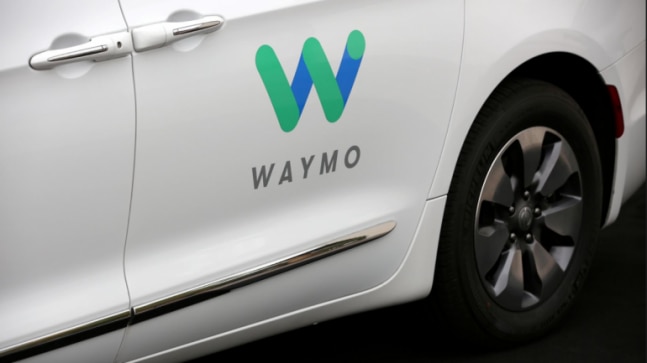 Google’s sister company Waymo has temporarily suspended self-driving cars from the streets of San Francisco and parked the units in a secured location in Mountain View. (Picture: Reuters)

Google's sister company Waymo is pulling out its self-driving cars from the streets of San Francisco and storing the units in a secured location in Mountain View. Waymo's fleet operations vendor, Transdev in an email said that the Alphabet-owned company is temporarily pausing its AV test operations in San Francisco on Tuesday and Wednesday and moving its fleet to Mountain View, says an online report.

The vendor's general manager, Chris Cheung, in an email to The Verge said that the move was made as a precaution ahead of some planned protests related to the election. Cheung further said that safety drivers based in San Francisco will be paid while operations are suspended. Waymo's fleet that is based in Mountain View will continue to test on public roads. "Your safety is our number one priority and we will continue to monitor the situation closely," Cheung noted.

A Waymo spokesperson informed the website that the measure was being taken as a safety measure. "Out of an abundance of caution and with the safety of our team in mind, we are temporarily suspending driving operations in San Francisco on 11/3 and 11/4," the spokesperson said. Waymo uses the streets of San Francisco as a testing ground for its vehicles.

The company earlier suspended self-driving cars in March because of coronavirus and started the operation in May, Tech Crunch reported with some safety drivers complaining that the company was slow to respond to the health crisis, but Waymo insisted that it acted appropriately.

These fully driverless vehicles are used in its Phoenix pilot program for public ride-hailing customers, as well as for its local delivery services.

Apart from Waymo, businesses across the US are taking extra measures in anticipation of protests and possible looting. As per reports, plywood was being used to cover up windows at the Westin Saint Francis hotel off of Union Square. The results of the election are not expected to be finalised on November 3rd and may not be known for days to come due to the pandemic and the mail-in ballots.