Google Meet has brought in a new user interface (UI) for Android users. The fresh design can be accessed by updating Google Meet on PlayStore. 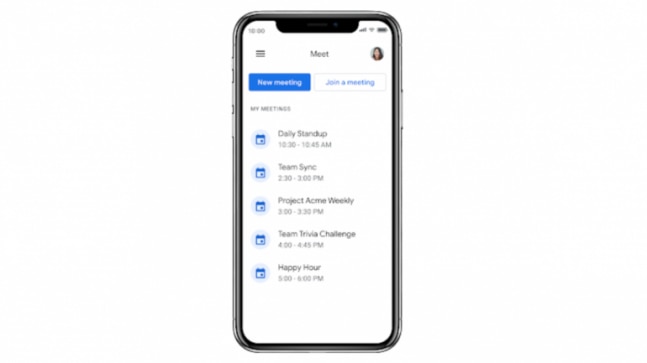 Google Meet Android App has gotten a fresh look and some new buttons with an updated user interface (UI). Aside from the fresh look, the updated UI also brings some quick shortcut buttons. The new Google Meet button received a quick launch summary. When a user clicks on "New Meeting", he will get the options to share a link, start an instant meeting, schedule in calendar and to close. Moreover, the new Google Meet has ditched its old green theme and is now blue in colour.

One cannot help but notice the user feedback on PlayStore who are asking Google to get the old version of Meet back. Some users have complained about the absense of a chatbox whereas some have a problem with the incessant notification each time someone joins or leaves a meeting.

Google in one of its replies to the feedback on PlayStore noted that the new UI helps ensure a consistent in-call Meeting experience via the Meet standalone app and the Meet tab in Gmail.

Last month, Google Meet announced the extension of free longer calls in its Meet service until March 31, 2021. The company said that the feature which was to expire at the end of September will now continue to work as it is.