Google Meet integration has started rolling out on Gmail for Android. 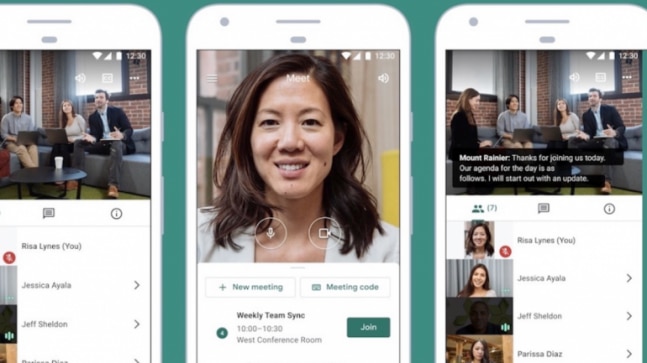 Google had announced it would integrate Google Meet with Gmail. This would help anyone with a Gmail account to access the video conferencing app. The integration first took place for web users. Last week iOS GSuite users got the update and now an update reported by 9to5 Google noted that the Google Meet integration with Gmail is rolling out for Android users.

In case users don't immediately see the update, it will be available over the next 15 days. The update will, however, first be available to GSuite users.

The new Google Meet-GMail integration will have Mail on the left side and Meet on the right. Once users tap on the Meet option, they will be directed to a new page where they can either start a new meeting, or join a new meeting.

GSuite users who wish to use Gmail and Google Meet separately can also remove Google Meet from Gmail. They can do this by going to Settings through the hamburger button or the three lines on top. Users can then turn the toggle off for Google Meet.

The update is turned on by default so Gmail users will be able to see it in the coming weeks. Users having the Meet app can still use it separately as it will not become defunct. Whenever users make calls using the app, it will not redirect them to Gmail.

Earlier this month, 9to5 Google reported that the version 2020.06 has onboarding strings for "Chat" and "Rooms" along with Google Meet. Leaked slides of the Gmail redesign posted by @tahins on Twitter show the new Gmail with Docs, Chats, and Google Meet.

Google intends to make it more convenient for users to access Google products from one screen. One leaked slide from the Gmail redesign says that "your new home for work" is "right in Gmail."

In addition to Meet integration, Gmail might get bottom bar tabs for Chat and Rooms. While Chat is ideal for one-to-one meetings, Rooms aims at collaborations.

Google Chat was on the web for G Suite customers last month. It is meant to replace hangouts. Rooms show larger conversations for teams and projects.

The new redesign will enable users to open Google docs while viewing Rooms in the Gmail web app while having an ongoing conversation on the left. Tabs also let users view shared "Files" and "Tasks." In addition to "side-by-side document editing alongside chat," users can have picture-in-picture video calls.