Google One vs Apple One: Which is the best cloud subscription service for you? 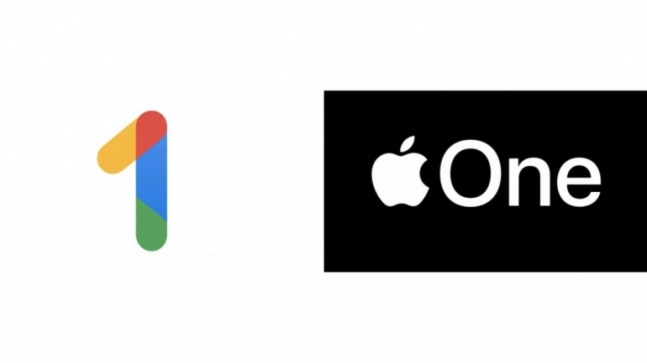 Google One vs Apple One

Smartphones are not meant for just calls and texts, they are a core part of the intersections of different jobs. People are using smartphones to record professional videos for their portfolio or to fulfil their clients' demands. They are even using their smartphones to capture important moments in their lives. My point is that smartphones are ubiquitous today and there is no denying that fact. But there are only so many things you can do with smartphones if the storage is full. You can either add a microSD card on an Android phone but there is always an option to go for cloud storage, necessarily for iPhone users and optionally for some Android users.

If you are going for cloud storage, you have two most common options for your phone: Google Cloud and iCloud. You get some amount of free storage (15GB on Google and 5GB of Apple) when you sign up to be a customer but this amount is often less than how much you need. And to get more of the storage, you are needed to go for a subscription that gives you plenty of storage where you can store your photos, music, documents, files, and phone backups among others. But today these cloud storage subscriptions come with a lot more, largely because these companies want you to buy these subscriptions. The biggest two subscriptions are Google One and Apple One and this is a comparison between the two.

Apple One vs Google One: Price in India and what you get

No matter what services you are getting under your preferred choice of the subscription plan, the price matters the most. The list below shows how much price you will pay for each tier on Apple One and Google One subscriptions, and helps you decide which one to go for.

Google One at Rs 130 per month: Under this tier, you get 100GB of storage that is shared between your Google Photos and Google Drive files. You can also choose to pay annually for this plan at a discounted price of Rs 1,300 per year.

Google One at Rs 210 per month: You get 200GB storage per month under this plan. You can choose to pay Rs 2,100 per year for this plan on an annual basis.

Google One at Rs 650 per month: You get a whopping 1TB of storage per month with this subscription tier. This storage can be bought on a yearly basis for Rs 6,500 per year.

Additionally, you get access to Google experts, options to add your family members in these tiers, and extra member benefits under each of these plans. Google will also provide extra features inside Google Photos, such as some advanced filters for photo editing under these subscriptions, but not much is known about how this will work.

Apple One at Rs 195 per month: Apple One subscriptions are not only about the storage, but they are also about the full rainbow of services that the company has to offer to its iPhone users. For Rs 195 per month, you get 50GB of iCloud storage, monthly subscriptions to Apple Music, Apple TV+, and Apple Arcade services, which makes it a better deal over Google One in case you have an iPhone. Google One services are available to both Android and iOS while Apple One is limited to Apple Music on Android but otherwise entirely available to an iOS user.

Apple One at Rs 365 per month: Under this subscription, you get 200GB of iCloud that can be shared between six members. The rest of the benefits are the same as the Rs 195 plan, but with the facility of sharing these subscriptions among the same six members that share the iCloud storage.

Which one is better for you?

That depends on what device you use.

If you are an Android user, you definitely should not get yourself the Apple One subscription. And for Google One, you have the option of leaving it out if you can make do with a microSD card to store everything manually, perform backups on your own, and be careful enough to route file-saving to the card. But if you think you should get a subscription, you can buy a Google One subscription, although the benefits under it in comparison with Apple One are underwhelming.

By now, you have understood that Apple One is meant for iPhone users entirely. Although they have the choice to go for Google One subscriptions, they are likely well off with Apple One subscriptions. If you need more storage, you can buy iCloud storage separately but that is a stretch because 200GB seems more than enough.

Uber users in Delhi, Kolkata can now book e-rickshaws from the app