Loon was first unveiled in 2013 and aimed to give internet connections using giant balloons drifting on currents high in the stratosphere. 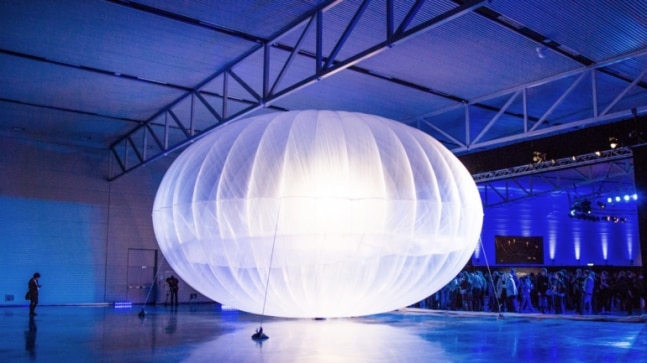 Google's parent company Alphabet has shut down project Loon that gave internet service from high-altitude balloons, after the unit failed to develop a viable business model, as per reports. The project was part of Alphabet's X team, the moonshot factory, that has designed projects like Tidal, which focuses on protecting the ocean and sustainable living. Loon was first unveiled in 2013 and aimed to give internet connections using giant balloons drifting on currents high in the stratosphere. Loon was part of Moonshot until 2018 after which it moved on to become an independent company within Alphabet.

"While we've found a number of willing partners along the way, we haven't found a way to get the costs low enough to build a long-term, sustainable business. Developing radical new technology is inherently risky, but that doesn't make breaking this news any easier," Loon Chief Executive Officer Alastair Westgarth on Thursday wrote in a blog post.

"Sadly, despite the team's groundbreaking technical achievements over the last 9 years — doing many things previously thought impossible, like precisely navigating balloons in the stratosphere, creating a mesh network in the sky, or developing balloons that can withstand the harsh conditions of the stratosphere for more than a year — the road to commercial viability has proven much longer and riskier than hoped. So we've made the difficult decision to close down Loon. In the coming months, we'll begin winding down operations and it will no longer be an Other Bet within Alphabet," Astro Teller, who leads X wrote in a separate blog post.

Loon's first commercial internet service was launched in Kenya in July, consisting of a fleet of about 35 balloons that covered an area of around 50,000 square kilometers. Loon also gave internet services to areas affected by natural disasters, providing balloons to Puerto Rico following Hurricane Maria in 2017 and to Peru following an earthquake in 2019.

An X spokesperson told The Verge that Loon's service in Kenya will run until March. Further, a small group of the Loon team will stay to ensure Loon's operations are wrapped up smoothly and safely — this includes winding down Loon's pilot service in Kenya, according to Teller.

Teller noted that some of Loon's technology like the high bandwidth (20Gbps+) optical communication links that were first used to beam a connection between balloons "bopping in the stratosphere already live on in Project Taara." Google is reportedly in talks with telecom companies Airtel and Jio to introduce high-speed internet and telecom connectivity using light beams that will be used in Project Taara. The tech uses light to transmit information at super high speeds through the air as a very narrow, invisible beam -- it is like fiber but without the cables, as per Project X.

ALSO READ: | YouTube rolls out hashtag landing pages for users to discover niche content and videos
ALSO READ: | Netflix to introduce Streaming Roulette feature in first half of 2021, what is it and how will it help users
ALSO READ: | Will Donald Trump come back on Facebook? The decision to overturn ban now rests with Oversight Board

Huawei Mate X2 to launch in 2021: Possible specs, India price, features, and everything else we know