Now users will not be able to transfer and receive funds on the web app of Google Pay from January 2021. 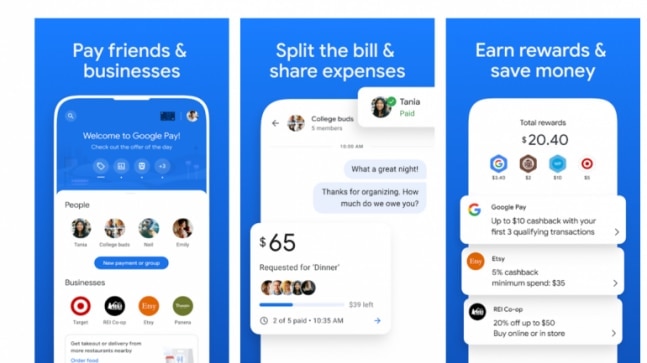 Google launched a revamped Google Pay a few days ago. While it introduced many new features, it has discontinued one of its most important features. Now users will not be able to transfer and receive funds on the web app of Google Pay from January 2021. Earlier, users could make payments using the Google Pay app on the phone as well as the web app.

However, now that Google has launched a new Google Pay app, it is killing the wen app. Along with this, the old app of Google Pay will also go away.

The web app's main function peer-to-peer payments will be removed and will be made exclusive to mobile app only. However, it does look like that the other function including the manage payments method would not be affected. Google has also stated on its support page that the old Google app will stop working on smartphones starting January 2021.

Along with these developments, Google Pay will also add a fee on instant money transfers. "It can take 13 business days when you transfer money to your bank account. Debit card transfers are usually instant. There is a fee of 1.5% or $.31 (whichever is higher), when you transfer out money with a debit card," the company said on its support page," Google said in a statement. Earlier, Google did not charge any fee when transferring to a debit card.

Earlier this month, Google launched an all-new Google Pay for Android and iOS users. The app not only has a new logo but also comes along with lots of new features. The redesigned app has been launched in the US.

Talking about the redesigned Google Pay app, Caesar Sengupta, General Manager & VP, Google said, " Today we're taking an important step forward in our quest to make money simple, secure and helpful. Starting in the U.S., we're launching a redesigned Google Pay app on Android and iOS. The new app is designed around your relationships with people and businesses. It helps you save money and gives you insights into your spending. It's built with multiple layers of security to keep your money and information private and safe. And in 2021, it will give you the chance to apply for a new kind of digital bank account with trusted financial institutions."

The new Google Pay is likely to arrive in India soon.