Google Pay now shows how much money you spent in 2020, here is how to check your spending habits

Google Pay users can get a rough idea of their spending habits through the 2020 Rewind. section that is available for Android and iOS users. 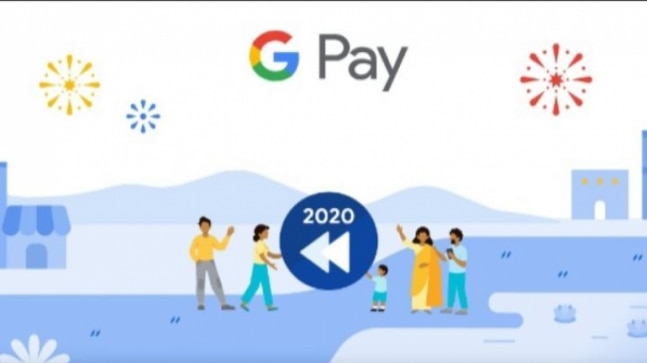 Google Pay users who mindlessly use the app to make payments and transactions are in for a surprise. It may or may not be sweet since the new tool will act as a reality check for some users who fail to keep track of their transactions. The new section, 2020 Rewind by the Unified Payment Interface (UPI) app is now showing how much money its users spent using the app in 2020. Google Pay is giving users insights into their spending habits of 2020.

The new section, 2020 Rewind is currently being displayed on the Google Pay app on Android and iOS as a banner. The rewind section gives insights into the number of days you have spent on the app. It also shows the badges a user has earned as well as spending categories and total rewards for the year.

It is fairly easy to access the Rewind 2020 button. Users have to simply open the Google Pay app > tap on the rewind button on the banner displayed at the top of the Google Pay app. It reads "Check out your 2020 summary."

Alternately, users can access the rewind button by going to Promotions. The app displays the number of days for which a user has used the Google Pay app. Then tap on Start to Explore. The app then shows your activity, if you have interacted with local merchants, and the number of transactions you have made. It will also give information on how much money users have saved over the year via cashback. If you played Go India on the platform, Google Pay will give information on the number of cities you travelled to in the game.

Based on the number of transactions and your contribution, Google gives out batches as rewards like social connector, local contributor and super saver. Google Pay also gives information on the number of interactions you have had through the app.

Users can swipe to the right or left to go forward or backward. Google Pay shows users their monthly spending trends by showing a rough graph of the user's monthly spending along with the month in which the user has spent the highest amount on the app.

The Google Pay 2020 Summary's cumulative data is calculated as of December 19, 2020, and it has not stated any transactions after December 19. If users are unable to access it, they can update to the latest version of the app on Android or iOS to access the feature.

Google Photos will also roll out a "Year in Review" tool that will first appear in the Memories carousel on Android and iOS, excluding the web. Instead of the usual look back at this day or week in previous years or recent highlights, it's a recap from the past 12 months, 9 to 5 Google reported.