Recently, a Canadian woman shared an album of her son's pictures on Google Photos with her mother. However, Google Photos ended up adding the woman's R-rated video to the album and notifying her mother of the same. 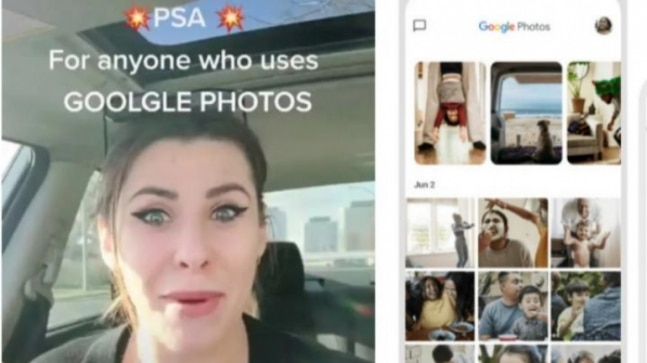 Have you ever shared an album on Google Photos with your friends or family? Google Photos enables users to share albums with other users on the platform by selecting the share option. And every time a new photo is added to that album, the user with whom the album is shared also receives it. Sharing albums and videos also saves the effort for a user to separately send photos and videos to multiple users. Google Photos also uses facial recognition to keep track of people in photos. However, sometimes convenience comes at a cost and technology can also show its flipside to users.

Recently, a Canadian woman shared an album of her son's pictures on Google Photos with her mother. However, Google Photos ended up adding the woman's R-rated video to the album and notifying her mother of the same. The woman, Kara Tonin, shared her ordeal in a hilarious TikTok video saying that she was doing "unspeakable, ungodly things" in that video.

"So Google Photos has this incredible thing where it recognizes people's faces, and if you type in their name, it'll pull up every picture and video with their face in it. And then you can make an album of that person and share it with your friends and family," Tonin explains in the video she made as a public service announcement (PSA) to everyone who uses Google Photos. "Isn't technology incredible? A little too incredible if you ask me," she said.

Tonin further explained to her viewers that Google created "a delightful little album" of her son which she shared with her mother, so every time she uploaded a picture of him, it would notify her mother.

"So a little while back, I decided I wanted to spice things up a little bit in my relationship, and I made a rated-R video where I was doing unspeakable, ungodly things. And Google Photos picked up a very small picture of my son in the background on my fridge and said, 'Hey, that's a picture of Josh. Let's send this video to Kara's mom,' she said. She concluded the video by apologising to her mother.

Google photos lets users add labels to a face group it recognises by giving it a nickname, a feature which Tonin had possibly enabled when the Photos recognised her son's face from a tiny picture on the fridge in the background. "We detect whether any photo has a face in it. If the face grouping feature is turned on, algorithmic models are used to predict the similarity of different images and estimate whether 2 images represent the same face," Google Photos notes on its support page.