Google Pixel 4a is the tech giant's latest mid-range smartphone. The phone has been launched at an aggressive mid-range price that's even more affordable than the Pixel 3a's which was launched last year. 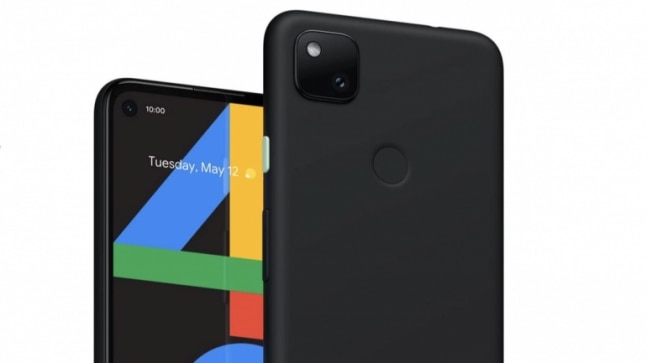 Google's mid-range warrior, the Pixel 4a, has finally become real. After months of wait, and several delays, the tech giant has finally launched this much-anticipated smartphone to the world. In the lead up to the launch, the Pixel 4a had been leaked a number of times, with not only its entire spec sheet but also design and features leaked online ahead of the official unveiling.

Google Pixel 4a: Price and availability

The Pixel 4a has been announced in a single model, with no XL model this year. This model comes with a 5.81-inch display and has been priced at $349. Interestingly, there is only a single variant here with 6GB RAM and 128GB storage that's currently been announced for retail. Another interesting thing to note here is that the Pixel 4a has been launched at a much more affordable price point than the Pixel 3a. The phone's price for India hasn't been announced yet, but the device will go on sale in India later in October.

There will also be another 5G variant of the Pixel 4a that the company has revealed will start selling later in the year -- but not in India.

In terms of the hardware, the Pixel 4a keeps things simple. At the core of the phone is a strictly mid-range Snapdragon 730G chipset that is paired with 6GB of RAM and 128GB of storage. And for the display, the phone uses a 5.81-inch Full-HD+ punch-hole OLED display with an aspect ratio of 19.5:9. The display is HDR+ compliant and should be great for watching movies and TV shows on the go. Being an OLED screen, the panel will support Always On Display and Now Playing features, and also bring support for Titan M Security Module.

Like the previous Pixel phones that have been launched before it, the Pixel 4a will also focus heavily on the cameras. However, it will do so by keeping the hardware to the minimum. The phone gets a square camera module on the back, but only with a single lens fitted inside it, The module features a 12.2-megapixel dual pixel phase detection rear camera with f/1.7 aperture, OIS, and a 77-degree field of view. This has been sat next to an LED flash.

On the front, the display's punch-hole houses an 8-megapixel front camera with f/2.0 aperture and an 84-degree field of view. Camera features are tipped to include 4K 30fps video recording and 1080p 120fps recording. For battery, the phone has been announced to get a 3,140mAh battery pack for keeping the lights on. All this hardware is wrapped inside a body measures 144x69.4x8.2mm and weighs about 143 grams only.