The renders show the phone equipped with a dual-lens camera module and a fingerprint scanner at the back. 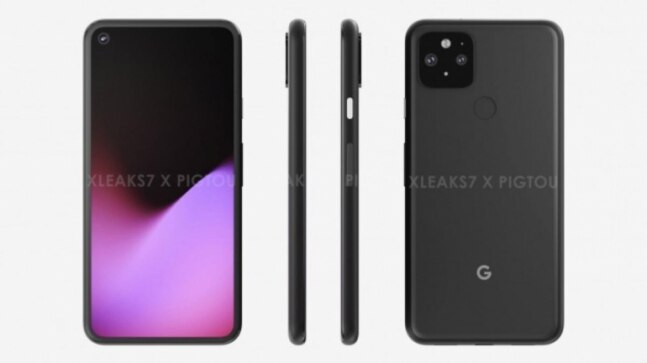 Even as many of us await the launch of the upcoming Pixel 4a, the first CAD-based renders of the Pixel 5 have appeared online. The renders which could very well be of an early prototype of the phone, reveal some interesting details about the phone and show us a glimpse of what the phone could look like upon launch.

The renders appear to have been leaked by David Kowalski (@xleaks7) who has shared the computer-generated images, without revealing a source. While this does raise question marks over the legitimacy of the leak, it still is quite interesting. The renders show the phone equipped with a dual-lens camera module at the back, and also sporting a rear-mounted fingerprint scanner. This is quite interesting as this would mean the phone would be most likely be a premium flagship, but one without an in-display fingerprint scanner.

In terms of the design, the Pixel 5 looks very much like the Google Pixel 4 with a dual-camera setup, while from the front the Pixel 5 features a single selfie lens, that's tucked inside the display via a punch hole. The CAD renders also reveals the Pixel 5 will measure 144.6x70.4x8mm. This will make it slightly smaller than the Pixel 4 in size.

Interestingly, this is not the first time we are reading about Pixel 5. Earlier, there have been hints that the Pixel 5 may actually sport a mid-range chipset, instead of a flagship one. This is because, in a Google Opinion Rewards survey, it was hinted that the Pixel 5 may start retail a $699 -- $100 cheaper than then Pixel 4.

As for the other specs, Google Pixel 5's screen is expected to be around 5.8-inches while the Pixel 5 XL 6.3-inches. The displays are expected to run at 90Hz or even 120Hz refresh rate, which will bring it on par with Samsung's Galaxy S20 and the upcoming Galaxy Note 20. However, an anonymous poster at Slashleaks claims that the Pixel 5 will stick with 90Hz.

As for the other specs, a report by 9to5Google claims, the Pixel 5 will ship with the Snapdragon 765G, rather than a flagship chipset. There are also suggestions of the Pixel 5 getting the slightly more powerful Snapdragon 768G SoC.

Google Docs, Sheets and Slides to get Dark mode on Android: Here is how you can enable it