The prototype shows a two-tone design that we have previously seen on the first-gen Pixel. 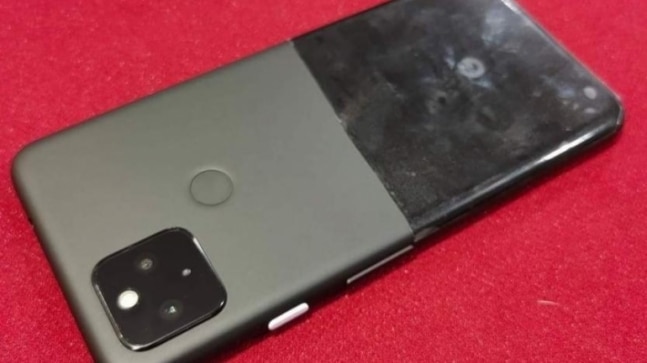 Google's upcoming Pixel 5 is expected to be launched later this month, and now ahead of its launch, some key details about what the device could have been like have leaked online. This is because an image that is allegedly a prototype of Pixel 5 has surfaced online revealing that Google was previously considering a weird design for the smartphone.

Earlier, leaks have given us a hint at what the Pixel 5 could look like and the design it could sport. As per leaks, the Pixel 5 will bring with itself very different specs from its predecessor, with the biggest change expected to be a more modest processor on the device in the form of the upper mid-range Snapdragon 765G SoC.

The Pixel 5 is also said to bring with itself a new display that will be 6.0-inches in size. The panel is said to be OLED in nature and come with a hole in the top left corner of the screen and a 90Hz refresh rate. The latest leak reveals that the bezels are much slimmer than what was seen on previous Pixel phones. Interestingly, there will be no in-display fingerprint scanner with Google sticking to its rear-mounted Pixel Imprint sensor. As for the other specs, the Qualcomm chipset is paired with 8GB of RAM and 128GB of storage.