Google has asked advertisers and developers to be prepared for the upcoming changes in iOS14 that the tech giant noted will impact the advertiser's revenue. 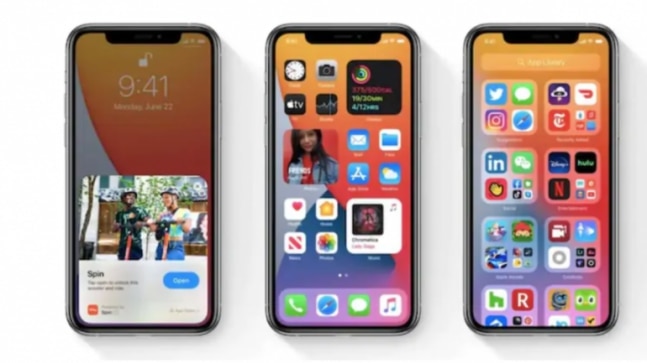 Google on Wednesday noted that Apple's App Tracking Transparency (ATT) that is slated to go into effect from this year will affect the advertiser's revenue. The tech giant has also urged advertisers to make adjustments to budgets and bids to achieve their goals. Google noted that when Apple's policy goes into effect, it will no longer use information (such as IDFA) that falls under ATT for some of the iOS apps that currently use it for advertising purposes. Google said that it will not show the ATT prompt on those apps, in line with Apple's guidance.

Christophe Combette, Group Product Manager, Google Ads, in a blog post explained that Apple's ATT changes will "reduce visibility into key metrics that show how ads drive conversions (like app installs and sales) and will affect how advertisers value and bid on ad impressions."

Last year, Apple in a developer update had noted, "We are committed to ensuring users can choose whether or not they allow an app to track them. To give developers time to make necessary changes, apps will be required to obtain permission to track users starting early next year (2021.)"

Following this announcement, Apple started rolling out the privacy or nutrition labels as part of the ATT in December 2020. All apps for iPad, iPhone, Watch, Mac will have to show to users details of how they collect users' data and how this data is used.

Combette noted that the app publishers may see a significant impact on their Google ad revenue on iOS after Apple's ATT policies take effect. Combette also urged developers to upgrade to version 7.64 of the Google Mobile Ads SDK for new features like SKAdNetwork support to improve iOS monetization rates. "We also encourage advertisers to monitor the performance and delivery of all iOS App campaigns closely and, if necessary, make adjustments to budgets and bids to achieve their goals."

Combette further noted that users and developers will see updates to its app page listings that include the new App Privacy Details and that iOS apps are being updated with new features or bug fixes, in compliance with Apple's guidelines for all of Google's apps.

Facebook has been critical of Apple's new privacy policy since the time it was announced in August 2020. "For developers and publishers using Audience Network, our ability to deliver targeted ads on iOS 14 will be limited. As a result, some iOS 14 users may not see any ads from Audience Network, while others may still see ads from us, but they'll be less relevant," Facebook had noted in a blog post.

Following this, Apple CEO Tim Cook in a tweet wrote, "We believe users should have the choice over the data that is being collected about them and how it's used. Facebook can continue to track users across apps and websites as before, App Tracking Transparency in iOS 14 will just require that they ask for your permission first."