Google is making major changes to how subscriptions are offered on Android, moving from their in-app mechanism to now outside of them. Android 11 is all about bringing granular controls and improvements to the Android 10 as Google looks to minimise the complexity of its popular mobile phone platform. The company is also changing how the app developers can pitch subscriptions to users on the app store. The Google Play Store is getting the functionality wherein it will show available subscriptions for an app and let users buy them from the app store. This will minimise steps users need to take for subscribing to apps individually after they have downloaded the respective apps.

A select group of developers have begun testing the new feature wherein they can offer subscriptions to their apps from within Google Play Store. The availability of a subscription facility in the Play Store means users can buy a subscription for an app before they even install it, minimising the need to go through multiple steps and pop-ups to avail a subscription. The first instance of the feature was mentioned by Google in its blog post, however quite vaguely and without any specifics that have emerged now, courtesy TechCrunch. Per the post, Google will allow users "to discover and purchase items outside your app."

Google's latest Android Billing Library 3.0 is behind the company's latest attempt to streamline the subscription process for Play Store apps. The billing will be managed by Google under the Subscriptions settings, allowing users to keep a tab on what they are paying for and for how long. The trial periods before a paid subscription starts are offered to users, as well. So, the developers that were looking to provide trial periods will be able to do so with Android 11.

For example, Truecaller app has now begun using the latest facility of Android to offer subscriptions. In the screenshot shared by TechCrunch, the "Install" button below the Truecaller app's listing now sits next to a new "Free trial & install" button, referring to the inclusion of a subscription, the details of which are listed below the buttons. Google is ensuring transparency by informing users beforehand about what they are going to get when they subscribe to an app. 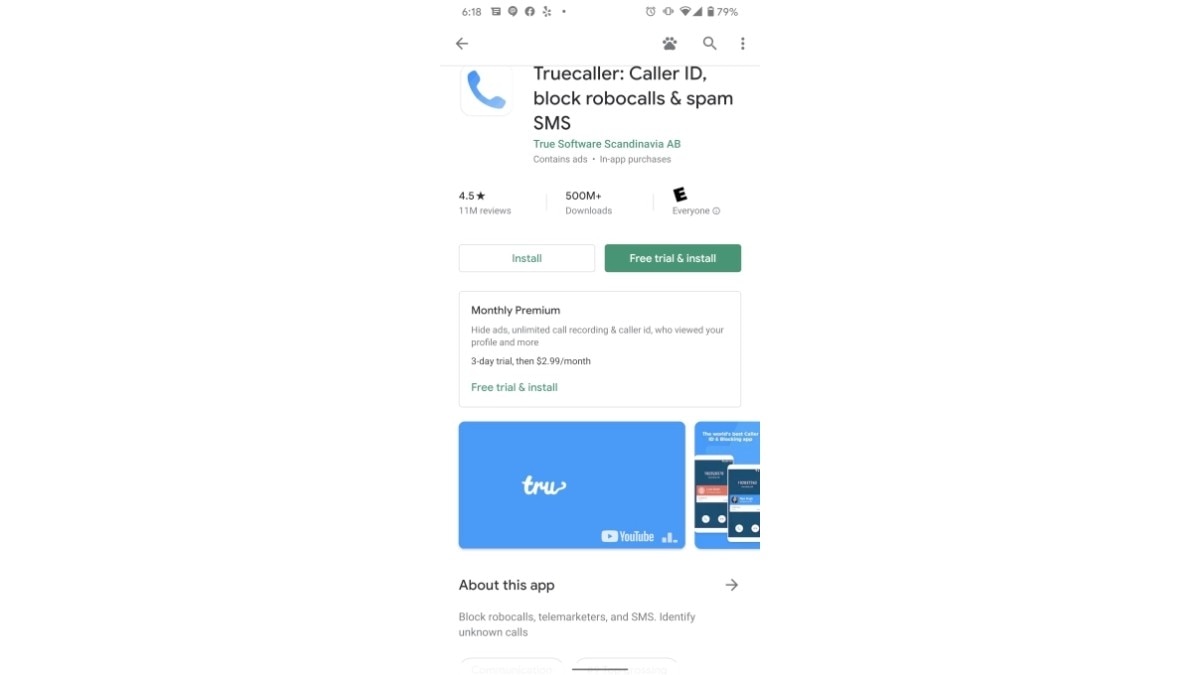 The mechanism for subscribing to an app's premium features on Android will more or less become similar to that on iOS. Apple's App Store is the only medium for subscriptions to go through. However, while both Apple and Google are making efforts to reduce ambiguity and lay down a more transparent model for availing subscriptions, a high number of users are still duped by fleeceware apps on both the platforms.