Have you booked Realme 6 launch event tickets? You will now get free Realme Band

Realme 6 and Realme 6 Pro smartphones will be launched at an online event on March 5. 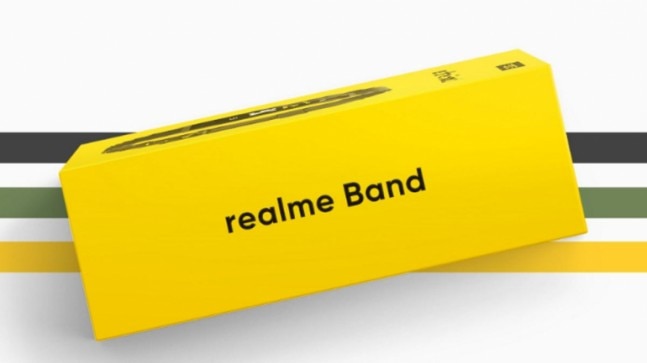 Realme had cancelled its on-ground event for the launch of Realme 6 series over the coronavirus pandemic and decided to hold it online only. The event was scheduled to take place on March 5 at the Indira Gandhi National Stadium in New Delhi, for which tickets were up for sale on the Realme website. Since the event is cancelled now, Realme is refunding the ticket value along with a free Realme Band as a special gesture' to every person who booked the ticket.

In a tweet, Realme India CEO Madhav Sheth announced that every person who booked a ticket to attend the Realme 6 series launch event will be eligible for the refund of the full amount. Not only the ticket value but the person will also get a Realme Band for free as a token of appreciation. The ticket to the Realme 6 launch event cost Rs 599 per head and came with freebies including gift vouchers, access to free refreshments, and more.

Realme 6 and Realme 6 Pro will still be launched on Thursday, March 5 but via a live stream that will be hosted by Sheth. The smartphones will take over from the Realm 5 series that comprises models including the Realme 5, Realme 5 Pro, Realme 5i, and Realme 5s. The event will also see the launch of the company's first fitness band, the Realme Band, which has already been detailed in a series of tweets by Sheth. This is also when the pricing of the Realme 6, Realme 6 Pro, and Realme Band will be announced.

The cancellation of the event is due to the sudden spike in the number of positive cases in Delhi region and other parts of India. As many as 25 cases have been confirmed by India's medical authorities, which has also issued an advisory for event planners to call off their events in the wake of the pandemic. Apart from Realme, Xiaomi's Redmi also announced that it will shifting all its on-ground events to online in March and beyond as a preventive measure against the coronavirus infection. Other smartphone brands are still to announce what measures they have devised to protect their staff and defer the product launches in India.

Now you can secure your WhatsApp chat backups with a password

Honor Magic Watch 2, Band 5 and Band 5i get cheaper on Amazon: Check out new prices