Asus ROG Phone 3 has the fastest chipset on it by far but it also has a monstrous 6000mAh battery inside. 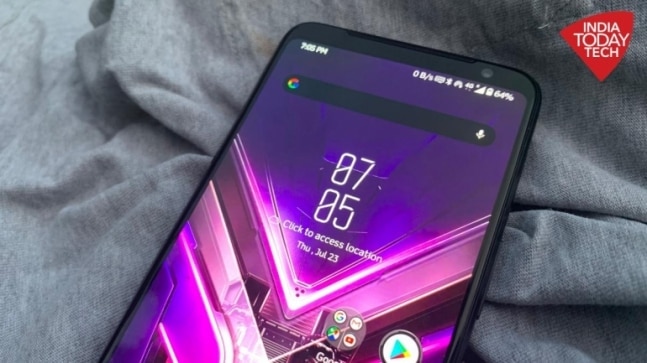 When you talk about a flagship phone, the main points that come to the mind are how well it performs and the kind of photographs it can click. There is only so much thought you put into the essential part of that flagship that nourishes nearly everything else: the battery. The battery is one of the most crucial hardware that needs to be as robust as you would expect the cameras, processors, and the design from your idea of a flagship. No matter how far your idea could go, it cannot really be any further than what the brand-new Asus ROG Phone 3 has to offer.

Asus's masterstroke ROG Phone 3 is the fastest smartphone you can get in India right now. It has got the powerhouse Snapdragon 865+ processor that is marginally better than the Snapdragon 865 if you were to discern its outstanding virtue. The whole chatter about processors can be justified thoroughly only if you put that stress on them, such as when playing intensive games or doing some really heavy-duty processing of some video, or, maybe, even live-streaming in the 4K resolution at ultra-high internet speeds. All of those things need a solid battery and we have one on the Asus ROG Phone 3.

To answer that question, I, gladly, have been able to use the Asus ROG Phone 3 for a good deal of time. And I am going to tell you all about the 6000mAh battery based on my experience only. Of course, I can pull some references from that huge literature Asus provided me with, but you rather hear a personal experience, wouldn't you?

Asus ROG Phone 3 has a 6000mAh battery that is fitted inside the phone. It is also partly the reason why the Asus ROG Phone weighs as much as 240 grams (which is a lot considering this smartphone is meant to be handheld for long hours during long gaming sessions). I played several games on the ROG Phone 3: PUBG Mobile, Call of Duty Mobile, Asphalt 9: Legends, Sky: Children of the Light, and Afterlife, to name a few. The gameplay across these games is variously different: I mean they require different kind of performance and different durations of gameplay.

It wouldn't be a stretch to say that the 6000mAh battery could survive all the assault these games frantically threw at it -- and was still alive with nearly 20 per cent left to let me do other activities, such as aiding me as I shamelessly fail to cut down my social media consumption. (I swore the other day I will dedicate most of my smartphone time to just reading, watching shows, and some gaming). Anyway, the battery could power all those games for about 40 minutes each (which is a lot per se) and still have something for lesser games, such as Temple Run, if you may.

The screen time on the Asus ROG Phone 3 was around 6 hours, which is adequately impressive. I mean there is a lot of activities you can do otherwise if you are not playing games as many as I did. You could play a few games, maybe some less-intensive ones, and still have a lot to spare on things like Instagramming, Snapchatting, and WhatsApp-ing (obviously). And you can watch your shows and movies on the ROG Phone 3 because that 6.5-inch display is, well, beautiful and, of course, huge.

All in all, the 6000mAh battery on the Asus ROG Phone 3, which is powered by a Qualcomm Snapdragon 865 Plus processor, lasts more than a day with a medium level of gaming durations. It can last even more if you do not play high-end games. It is well-suited for the smartphone that has a powerhouse processor under the hood.

ALSO READ | Nokia 5.3 could launch in India this month alongside two more handsets
ALSO READ | Realme may be working on two mid-range 5G smartphones
ALSO READ | Oppo Reno 3 Pro is now cheaper by up to Rs 3,000 but is worth buying today?
Tags: Asus | Asus ROG Phone 3