The police in Selma, Texas were able to track down a kidnapped woman using emergency cellular ping after the victim used an Apple Watch to call her daughter asking for help. 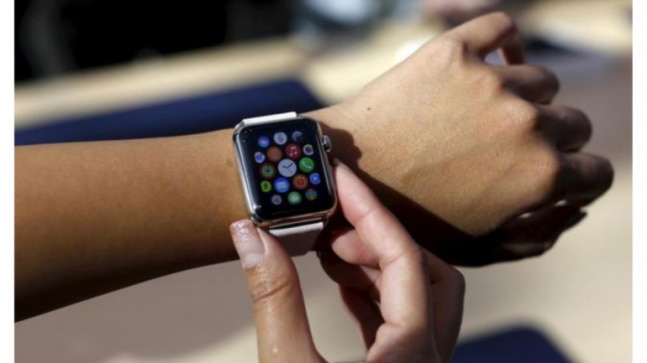 In the most recent case of Apple Watch acting saviour, the police in Texas, US could track a kidnapped local woman using the emergency services function on the Apple Watch. A woman who was kidnapped in Selma, Texas, used an Apple Watch's emergency ping feature to call her daughter asking for help. However, the call got disconnected midway and the police could track the woman through emergency cellular ping. According to Fox San Antonio's report, the Apple Watch showed the victim's exact location on East Sonterra Blvd at the Hyatt Place Hotel. When the police reached the location, the kidnapper had fled on foot. He was arrested on January 20, 2021, on charges of Aggravated Kidnapping.

The report noted that the victim's daughter informed the cops that her mother and the kidnapper, Adalberto Longoria were outside of an apartment arguing when the girl heard her mother scream. The girl told the police she heard the screaming from the parking lot but did not know where she was taken. The victim and Longoria were reportedly fighting over things kept in a truck. The latter asked the woman to get things out of the bed of the truck. When she went to do this, Longoria allegedly got in the driver's seat and drove away with her still in the bed of the truck.

To make an emergency call, Apple users are required to press and hold the side button on their watch until the Emergency SOS slider appears. When the countdown ends, a user's watch automatically calls emergency services.

Apple Watch is known to help its users in emergencies. Several cases have been reported that helped Apple Watch. In October 2020, a man was saved by the Apple Watch's electrocardiograph (ECG) feature. The ECG on the Apple Watch began alerting an Indore-based man about his irregular heartbeat patterns and helped doctors diagnose the ailment before the condition could have got worse.

In November 2020, in a separate case, a 25-year-old was notified by his watch of a high resting heart rate at 210 beats per minute. According to reports, Zachary Zies, a graduate of Ohio State University, had Friedreich's ataxia, a rare genetic disease that can cause difficulties walking and affect speech and sensation in the arms and legs. Zies' Apple watch reportedly alerted him to a high resting heart rate of 210 beats per minute. After a consultation, Zies found that he required an atrial ablation to correct the atrial flutter.

ALSO READ: | YouTube can now be installed as a Progressive Web App to give users a dedicated experience
ALSO READ: | For those with weak hearts, Apple iPhone 12 can be dangerous due to its magnets
ALSO READ: | iPad mini 6 could have an in-screen Touch ID, punch-hole camera