HMD Global brought the Nokia 2720 Flip back to life in 2019 and now it may be onto another. 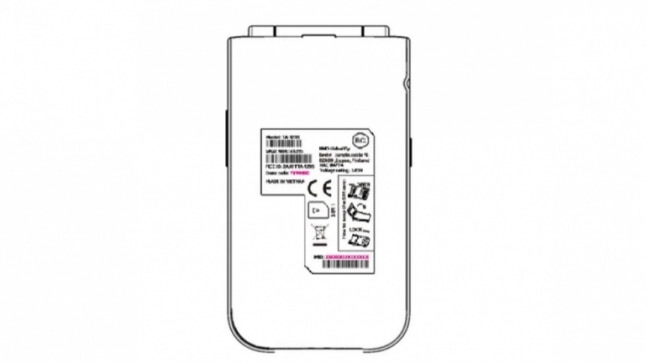 One thing that sets Nokia apart from the rest of the phone brands is its constant push into the feature phone segment. HMD Global has done an excellent job in managing both smartphones and feature phone portfolios. It has revived several Nokia feature phones ever since it took up the responsibility of Nokia's phone business. It launched the Nokia 2720 Flip back in 2019 and now it is maybe time for another flip phone. HMD Global has got a new Nokia device certified by the US FCC that has the flip form factor.

The Nokia TA-1295 has passed the FCC certification along with some diagrams that show what sort of a phone it may turn out to be. The shape of the device is identical to that of the Nokia 2720 Flip with the hinge on top. The label shown in the diagram suggests the battery will be removable and there will be a slot for a Nano-sized SIM card. Much like some of its feature phones, this device will also feature LTE connectivity, along with support for Wi-Fi. The documents show this Nokia device will have a 1500mAh battery and come with a 5W bundled charger.

Further, this Nokia device is listed with software version 0.2047.11.01, which hints at the KaiOS, which powers a good deal of feature phones and brings support for apps such as WhatsApp, Google, Facebook, and YouTube among others. However, it is possible this device will not come preloaded with OTT services, Google Duo, and the other suite of Google apps, going by the software version. And this, interestingly, also means this phone is headed to the Chinese market where Google apps are banned. However, the details of this phone are not available through this FCC listing yet.

For now, it is unclear what device this may be. Nokia already brought the Nokia 2720 Flip back to life two years back and this one may be the second one.

In other news, HMD Global may launch the Nokia 1.4 smartphone as early as February while the Nokia 6.4 and Nokia 7.4 may be launched towards the end of the first half or the beginning of the second half of 2021. But the one to sell the most is going to be Nokia 1.4 that will be a budget phone. Reports have suggested the Nokia 1.4 will cost EUR 94, which is in line with the price of Nokia 1.3 that is EUR 95. And the specifications of the Nokia 1.4 suggest the same.

According to leaks, the Nokia 1.4 will have 1GB of RAM and run Android 10 (Go edition) inside. There will be 16GB internal storage, which seems so less for a 2021 phone but HMD is giving microSD card support for up to 128GB storage. There will be 4G LTE, Wi-Fi 2.4GHz, and Bluetooth 4.2 on the phone for wireless connectivity. And the Nokia 1.4 will come with a 4000mAh battery.