The Honor X10 has a 92 per cent screen-to-body ratio and comes with a 90Hz refresh rate display and support for 180Hz touch sampling rate. 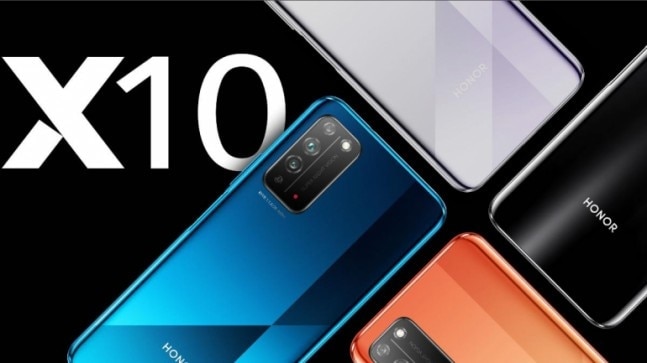 Honor has added to its line-up of smartphones by announcing the first 5G device in its X-series, the new Honor X10. The phone has been launched in the Chinese market for now and comes with a 5G 7nm Kirin 820 SoC that supports nine 5G frequency brands, and a triple camera setup that is equipped with a RYYB sensor.

The company claims the Honor X10 has a 92 per cent screen-to-body ratio and comes with a 90Hz refresh rate display and a 180Hz touch sampling rate. The Honor X10 follows in the footsteps of some popular phones, with George Zhao, President of Honor also revealing that the total global shipment of the Honor X-Series had exceeded 80 million units to date.

Under the hood, it comes with a 5G enabled 7nm Kirin 820 chipset that can support both non-standalone and standalone modes and support nine 5G frequency bands for more stable and reliable 5G connectivity. Equipped with a smart antenna, the HONOR X10 is able to receive send and receive signals effectively even when the user moves between areas of differing 5G coverage.

For gaming, the Honor X10 gets a Mali-G57 GPU with six cores and has a Smart Cache feature that implements flexible switching of bandwidth resources to reduce power consumption. The Honor X10 also features the Kirin Gaming+ 2.0 with brand new AI frequency modulation scheduling technology for efficiently managing gaming performance and power consumption. It is also equipped with the latest GPU-Turbo to provide more high-performance support for most popular games.

For cameras, the Honor X10 gets a 40-megapixel triple camera setup with a RYYB filter that promises to increase the light intake by up to 40%. With the enhancement of light sensitivity brought by RYYB, the Honor X10 is able to support an impressive ISO of up to 153,600. The lenses include a secondary 8-megapixel sensor while the third is a 2-megapixel sensor. On the front, there's a 16-megapixel sensor housed inside a pop-up mechanism.

The phone comes running MagicUI 3.1 and is equipped with a 4,300mAh battery that supports 22.5W fast charging.