The much-awaited streaming platform Disney+ will finally arrive in India on April 3. Disney+ was earlier scheduled to launch in India on March 29 but due to the coronavirus pandemic, the launch was delayed. 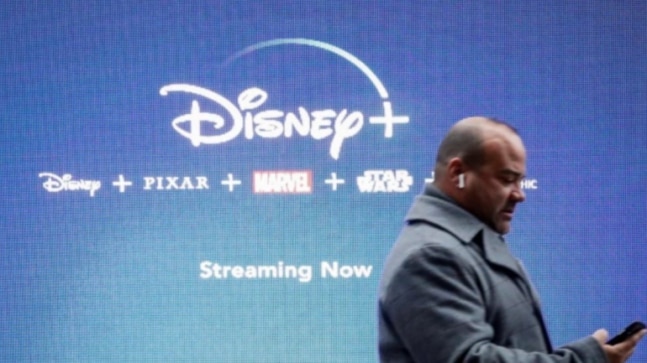 The much-awaited streaming platform Disney+ will finally arrive in India on April 3. Disney+ was earlier scheduled to launch in India on March 29 but due to the coronavirus pandemic, the launch was delayed. There cannot be a better time to release a streaming app than this when the entire country is under a 21-day lockdown and are relying on streaming apps for entertainment.

Earlier in March, the Hotstar Premium was rebranded as Disney+ Hotstar. The black and yellow Hotstar logo was replaced with a royal blue logo with a tinge of white. The opportunity in the market hasn't changed for us. IPL was the biggest reach driver to take the message (of the launch of Disney+) to every cricket lover. But there were too many developments then and we needed to reassess the situation. With all television production stopped and even newspapers not reaching many parts, there is a dearth of fresh and positive content and we have the world's most exciting stories and brands with us, Uday Shankar, President, The Walt Disney Company APAC and chairman, Star and Disney India, said in a statement.

The Disney+ will bring along content from the Marvel Cinematic Universethat was immensely popular in India already, Disney, Pixar, National Geographic, and the Star Wars franchise. The upcoming series from the Marvel Studios - The Falcon and the Winter Soldier, WandaVision, The Lion King, and Loki,that will be soon released on Disney+. Apart from the popular TV shows and films, Disney+ will feature original series The Mandalorian, High School Musical: The Musical: The Series among others.

Interestingly, all movies and shows on Disney+ will be dubbed in Indian languages including Hindi, Telugu and Tamil. The subtitles will also be added to these languages. Hotstar has also revealed that they are working on adding interesting like Dolby Atmos sound support.

Several Bollywood actors such as Shahid Kapoor Katrina Kaif, Varun Dhawan, Parineeti Chopra among others took to social media to announce the launch of Disney+ in India. The celebs will also attend the Disney+ Hotstar Red Carpet Premiere online.

Disney+ Hotstar will face stiff competition from Netflix and Amazon Prime that are currently ruling the roost in India. There are other local streaming apps in India including ALT Balaji and Zee5 which are equally popular.

Nokia 2.3 gets costlier in India, available with additional 1-year replacement guarantee amid lockdown