The HP Omen 15 and Pavilion Gaming 16 laptops have been launched with both Intel and AMD processors in India. 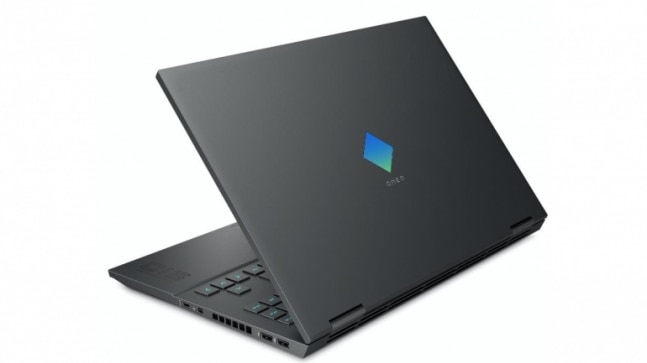 HP has launched two new laptops in India that are specifically designed for high-end gaming. The company has introduced OMEN 15 and Pavilion Gaming 16 laptops as it piggybacks on the sudden upsurge in the gaming industry, thanks to the lockdown. The HP Omen 15 comes as a top-notch offering that features a 4K display with 300Hz refresh rate, 10th-generation Intel Core i7 or AMD Ryzen 7 processors, and Nvidia GeForce RTX 2070 processor for graphics-intensive performance. The Pavilion Gaming 16 dials the performance down to suit the lower price than that of Omen 15. HP has also launched accessories that will add to the gaming experience on the two laptops.

HP is putting out all the stops with the Omen 15. It comes with a 15-inch up to 4K UHD AMOLED display with 180-degree bending ability, 300Hz refresh rate and Nvidia G-Sync for the better gaming experience. HP is also selling a toned-down version with Full-HD resolution on the display with everything else intact.

HP is offering two configurations in terms of the processor - there are a 10th-generation Intel Core i7 H Series-powered line-up and a series that marks the debut of AMD processors with the as much powerful AMD Ryzen 7 H-Series chipsets. There is up to 32GB of DDR4 RAM on the laptop and 1TB of PCIe SSD storage. The HP Omen 15 uses Nvidia GeForce RTX 2070 Super with Max-Q Design as the GPU under the hood. But, in case, you are not satisfied and want to upgrade the laptop further, HP is giving extra ports and support for hardware customisation.

Omen 15 uses HP's proprietary IR thermopile sensor that is said to optimise thermal output by controlling the 12V fan speed using the three-sided venting process. The laptop maximises the performance under the Dynamic Power feature, which is available inside the Omen Command Center. The company claims a battery life of 12.5 hours on the Omen 15. The laptop comes with a backlit full-RGB keyboard.

The HP Omen 15 Intel chipset version will start at Rs 79,999 while the AMD chipset model will cost Rs 75,999 onwards. The range will be available to buy from HP World Store across the country and HP's Online Store.

HP has tweaked a few things here and there on the Pavilion Gaming 16 to offer gamers an option that serves the purpose with some top-notch hardware omitted. The HP Pavilion Gaming 16 comes with a 16-inch 1080p IPS display with thin bezels, surrounded by angular black chassis. HP is calling it Micro-Edge but it looks rather similar to what other gaming laptops have. The laptop is powered by up to 10th-generation Intel Core i7 processor but there is an AMD version too available for it. It has Nvidia GeForce GTX 1660Ti GPU and support for Wi-Fi 6. The company has not mentioned the RAM and storage options on this model.

Apart from two major gaming laptops, HP is also launching accessories that are meant to enhance the gaming experience. There is an HP Omen Vector Mouse that has been co-developed with PixArt for long gaming sessions. The mouse has an ergonomic design with rubber grips and a 50 million click lifespan. It has Omen Radar 3 sensor and supports 16,000 DPI with 99 per cent accuracy, 400 IPS, acceleration, and self-calibration. The mouse weighs 25 grams and is priced at Rs 39,999.

HP has also launched Sombra X1000 Wireless Gaming Headset that has a headband design and can offer a 7.1 surround sound output using the 50mm drivers inside. It has easily-accessible buttons and full integration with HP Omen Command Center. The headset costs Rs 7,999 onwards. HP has also launched a backpack, Omen Exceed, priced at Rs 5,999, and an Omen Surpass rolltop that is priced at Rs 7,999. There is also Omen Duffle V1 available for Rs 9,999.

Amazon Prime Day 2020 sale to go live on August 6 in India: Here is everything you need to know