The new MateBook X will be a refresh of the original MateBook X which had a 13-inch 2K display with Gorilla Glass protection. 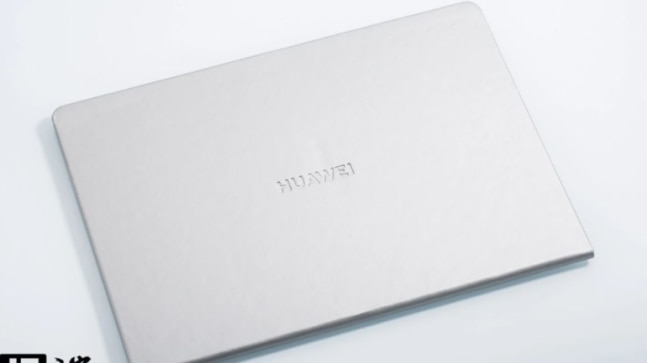 Despite facing difficult business conditions, Huawei has not been shy about launching new products this year. The company has now scheduled a launch event for August 19 where it will launch its new MateBook X notebook PC.

The laptop being launched in China has seen a teaser appear online which shows off some key details about the device. Further, the company has also shared an invitation with select media in China which is designed like a Notebook PC. The invitation appears to be a hint at a thin and light form factor of the upcoming laptop.

As per GizmoChina, there's also a teaser poster of the MateBook X inside the launch invite which shows off a render of the laptop, confirming a thin and light build. The teaser poster, the website reveals, also shows the device equipped with a USB-C port. It is also shown to have a 3.5mm headphone jack.

Apart from this, the teaser doesn't reveal much about the MteBook X, with the company not revealing anything about the hardware of the device yet. However, more on this information should be available once we're closer to the launch date.

Earlier, popular Huawei leaker, @RODENT950 had tweeted today that Huawei will also be refreshing the MateBook E. To remind our readers, the new MateBook X will be a refresh of an existing model launched last year. The original MateBook X had a 13-inch 2K display with Gorilla Glass protection. The MateBook X also featured a thin and lightweight design which was smaller than an A4 sheet of paper. It was powered by Intel's 7th-gen processor and had a fanless design and promised battery life of up to 10 hours. There was also a power button with a fingerprint scanner embedded underneath.

Motorola Razr 2020 finally gets a release date: All you need to know